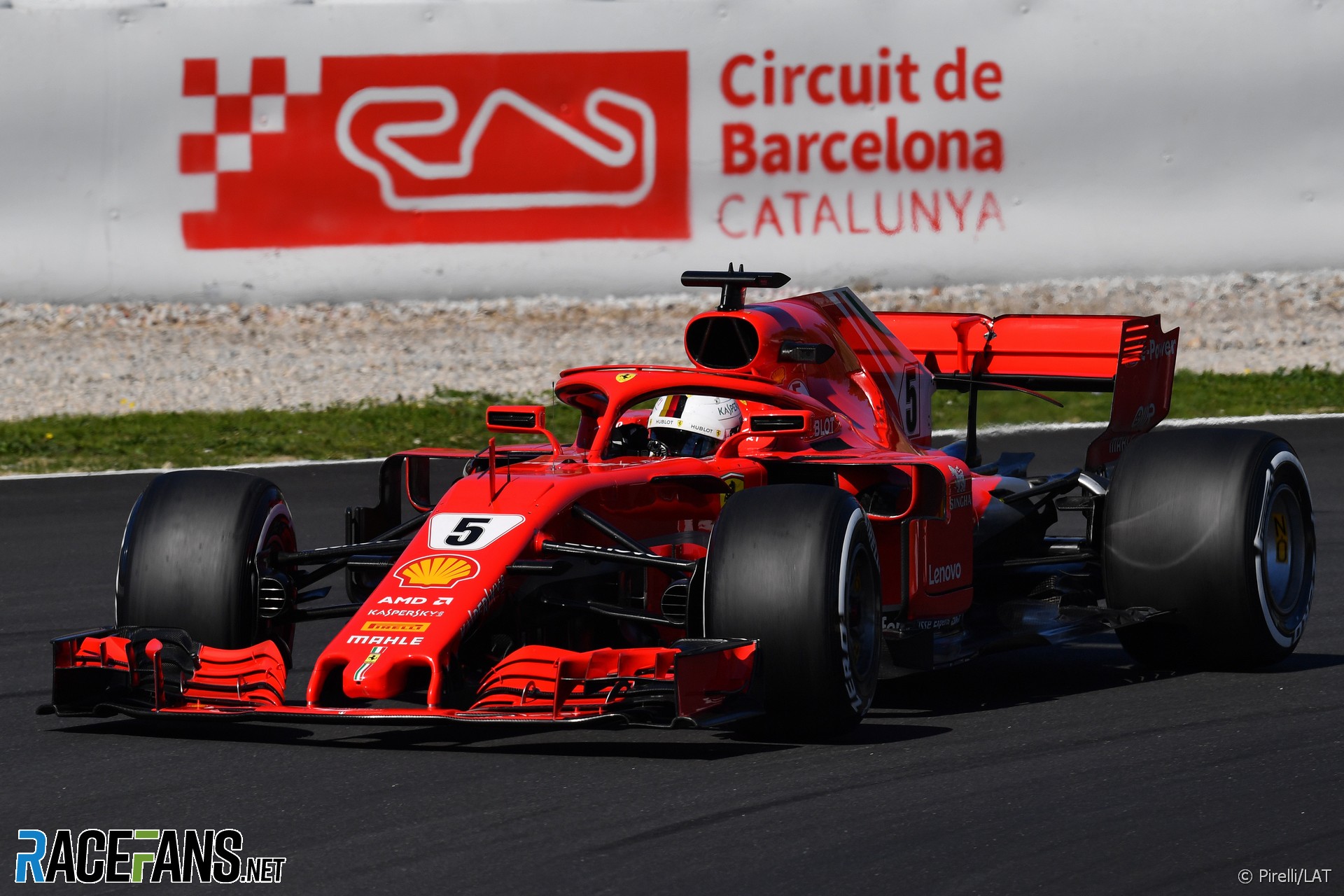 An aggressive tyre selection for this weekend’s Spanish Grand Prix will make for a different kind of race at the Circuit de Catalunya, Pirelli has predicted.

F1’s official tyre supplier has chosen a much softer range of rubber for this weekend’s race. Its 2018 tyre range is softer than last year’s and Pirelli has also gone one ‘step’ softer with its selection for Spain.

“We are going with a quite aggressive selection because we have the medium, the soft and the super-soft – which is like last year with the ultra-soft,” said Pirelli’s sporting director Mario Isola.

For the first time this year, the teams chose their tyres for this weekend after pre-season testing began. They have differed widely in their choices, with some drivers having up to twice as many sets of the softest tyres available.

While teams have often avoided using the hardest tyres in Pirelli’s selections, Isola predicts all three compounds will come into play on Sunday. “We expect a different race compared to the past,” he said.

Another change for this year’s race is a new, smoother and gripper surface at the Circuit de Catalunya. This has increased the stresses on the tyres, prompting Pirelli to introduce special tyres with thinner treads, which it believes will reduce rear tyre temperatures by up to 10C.

“We decided to reduce the thickness because not having wear is not really an issue,” Isola explained. “With less wear they can run longer stints depending if they can manage the degradation. But we saw very low degradation with the new Tarmac, so it is a quick pace with low wear and low degradation.”

Some teams could encounter blistering in the race, Isola added. “It’s possible because we have quite high temperature in the compounds.”