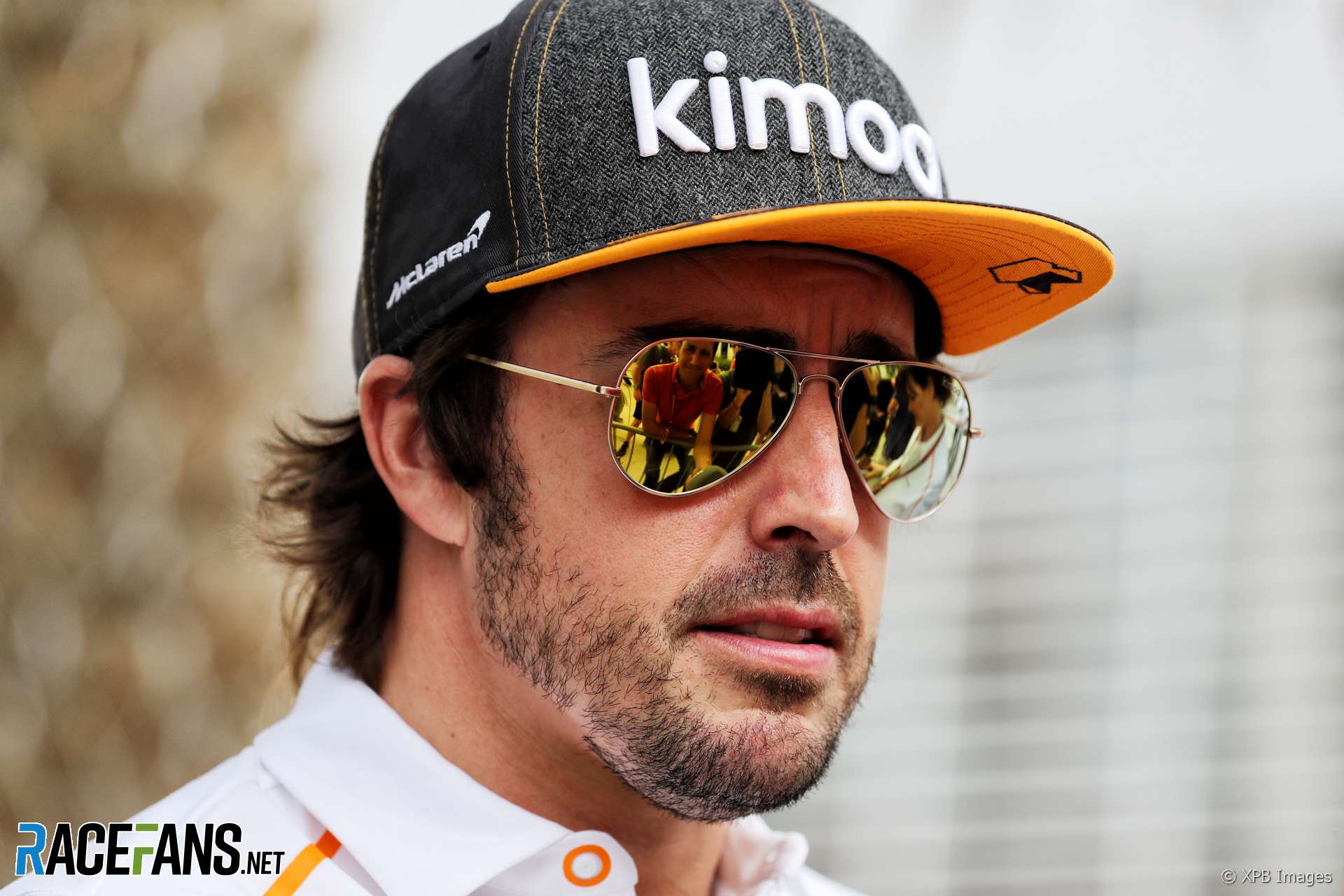 Fernando Alonso said he’s pleased to see his former McLaren team mate Jenson Button will race in the World Endurance Championship this year and expects his SMP Racing team will be competitive.

Button confirmed today he will compete in the series for SMP Racing and contest the Le Mans 24 Hours.

“I knew a couple of months ago already that he was joining the team and now it’s official so I’m happy to have him onboard,” said Alonso.

“Obviously a very strong line-up for SMP, the car seems very fast, or the fastest right now. I think it’s going to be good. The more people on board, the better the championship will be, more attention it will bring to everyone and I think it’s good for motorsport.”

Alonso is driving for Toyota which is the only manufacturer entry left in the series. Last year Alonso took part in the Indianapolis 500 as he bids to win the ‘triple crown’ of the Monaco Grand Prix, Indy 500 and Le Mans 24 Hours.

Button, who like Alonso has already won the Monaco Grand Prix, has previously ruled out attempting the Indy 500. Alonso said “I think if he wins Le Mans maybe he’ll be tempted.”

“But it’s good to see drivers join these adventures,” he added.

“I think with those two and the experience we all have from different types of racing and the team’s fantastic experience in endurance racing we have a great chance to fight at the front and fight for the win and I can’t wait to get going,” said Button.