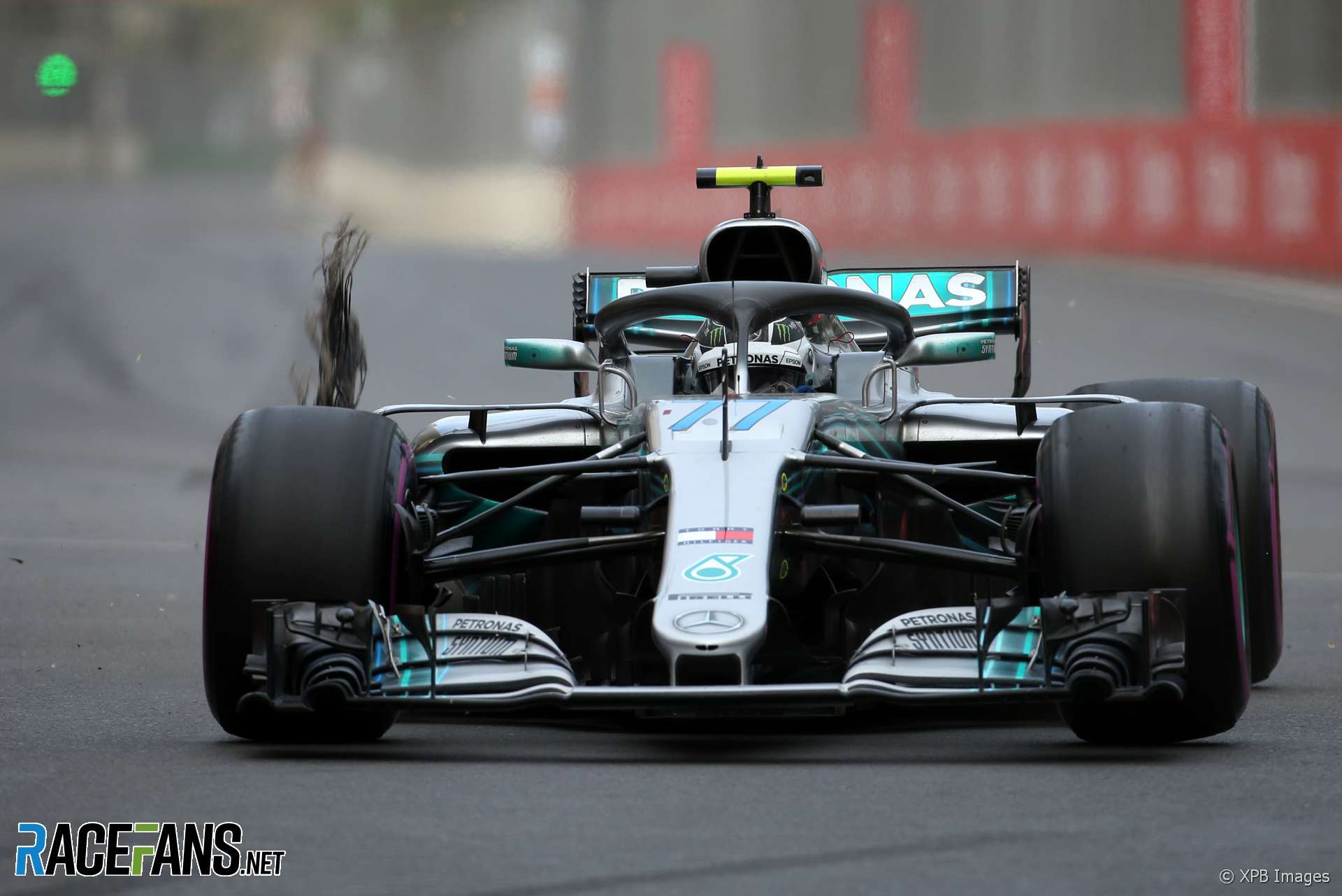 In the round-up: Valtteri Bottas says losing victory in the Azerbaijan Grand Prix due to a puncture was heartbreaking.

Bottas’s reaction to the race – and his immediate plans – were as follows:

[I’m] heartbroken. It felt like a really good race until then. Just losing everything like that in the very end, it hurts. But what can you do? I didn’t see any debris, I didn’t feel it. I guess we were unlucky today.

I’ll probably get hammered. That’s maybe the best. And then move on.

Vettel: “I was saying at some point the Safety Car should speed up because it was quite difficult on our tyres to keep them up to temperature. So maybe after so many years Mercedes it would be nice to have a Ferrari Safety Car…” #F1 #AzerbaijanGP pic.twitter.com/oSmBL3ReLJ

Had a scour through the World Feed concerning @ValtteriBottas puncture.

There’s clearly debris kicked up prior to the start finish straight, which corroborates with Gasly’s view on his and Magnussen’s incident: https://t.co/Dtm2d3StcY

Verdict – debris was from that incident… pic.twitter.com/dGBIURHg8D

The way they let @F1 drivers weave on straights to block , I am surprised this doesn’t happen more often. #redbull . Bummed for @danielricciardo

The way Max V was blocking was so reckless and unsafe. Let alone to a teammate. Would not want to be in his shoes for that team meeting.

Some pretty crazy racing right there… feel for @danielricciardo ..@F1

Am I the only one or does this look like a couple that have been married for 35 years and still fight over directions. pic.twitter.com/bJ4cMEDlId

Just been pondering the potential options to rid F1 of outwash wings (left) for 2019. You could simplify the endplate or narrow the wing to an inwash design (right). Quite a big change either way. pic.twitter.com/mWPD4BZKtG