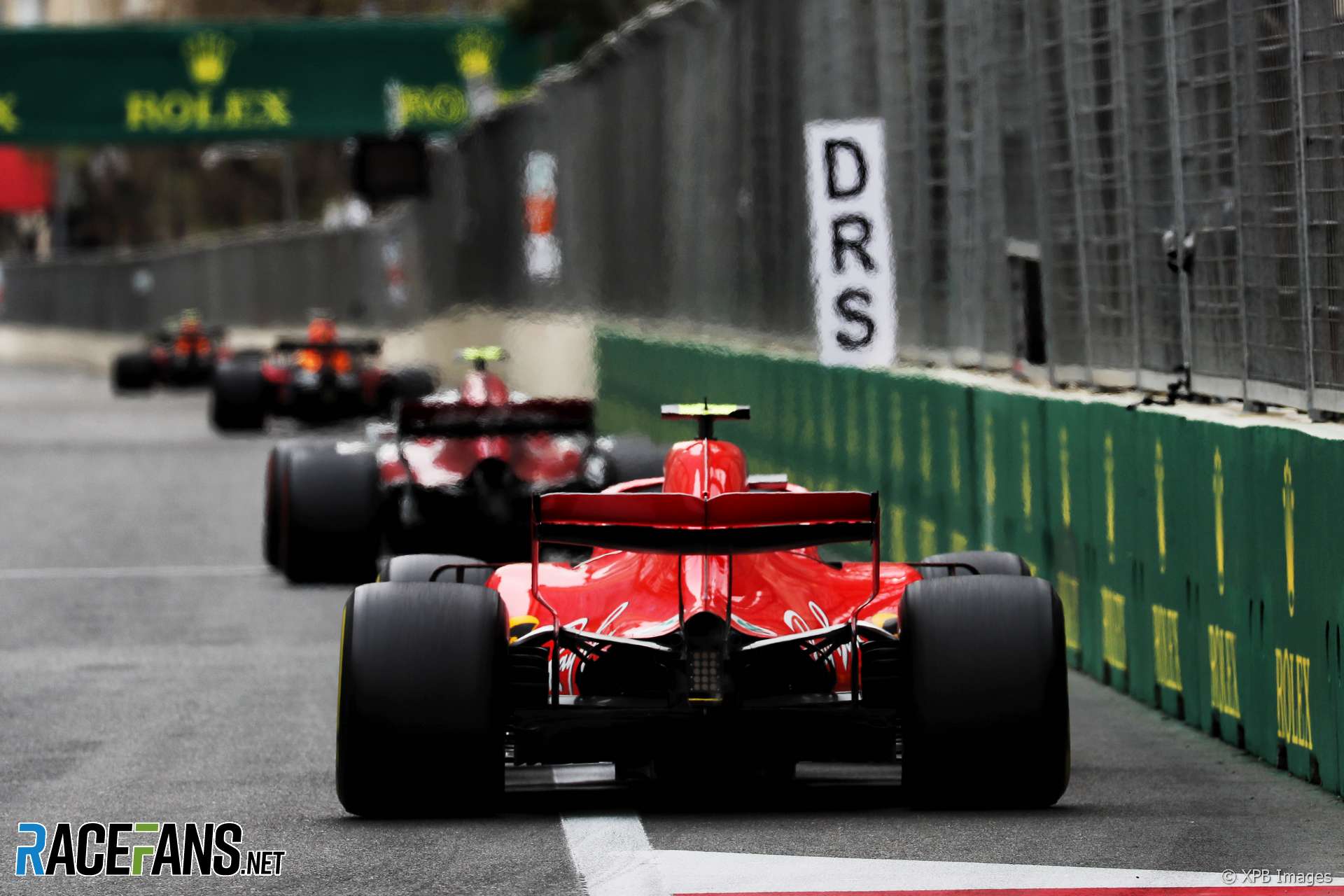 DRS will be more powerful and available to drivers on more straights at some tracks following the changes to cars from the 2019 F1 season.

Changes to the shape of F1 rear wings next year will enhance the performance of DRS. This will allow more useful DRS zones to be added at some circuits.

“The DRS effect will increase by approximately 25 to 30%,” estimated the FIA’s head of single-seater technical matters Nikolas Tombazis.

“The delta of the drag of the car when it opens the DRS and deploys it to currently will be bigger, so the delta of speed of the following car will be bigger by that amount as a result. Hence the probability that it can approach the front car will increase.”

This will allow the FIA to make greater use of DRS at some tracks, said race director Charlie Whiting.

“The main advantage to us is we’ll be able to make DRS more effective on shorter straights,” he said.

“At the moment we’re trying to lengthen zones where we can in places like Melbourne, for example. Maybe an extra DRS zone in Canada. Those are the sort of places where with the extra power from the DRS we should be able to make them work a bit better.”

Whiting said the FIA will continue to tune DRS zones to circuits in the same way they do now.

“What we attempt to do is look at how effective the DRS is at each circuit and then we try to tune it in order that you have to be within four-tenths [of a second] of the car in front to make it work.

“Four-tenths is quite a difficult gap to get to. If you can get that and you’ve got the length of straight, you should be alongside by the time you get to the braking point. That’s how we do it now. If we can do it with shorter straights it’s going to work on more tracks.”

However Whiting is wary of making it too easy for drivers to pass.

“It won’t be any more effective in that sense, if we tune it in the same way. Even though it does have increased power, we can use it in more places. But we don’t necessarily want to make overtaking on a given circuit easier, we still want drivers to have to work for it.”