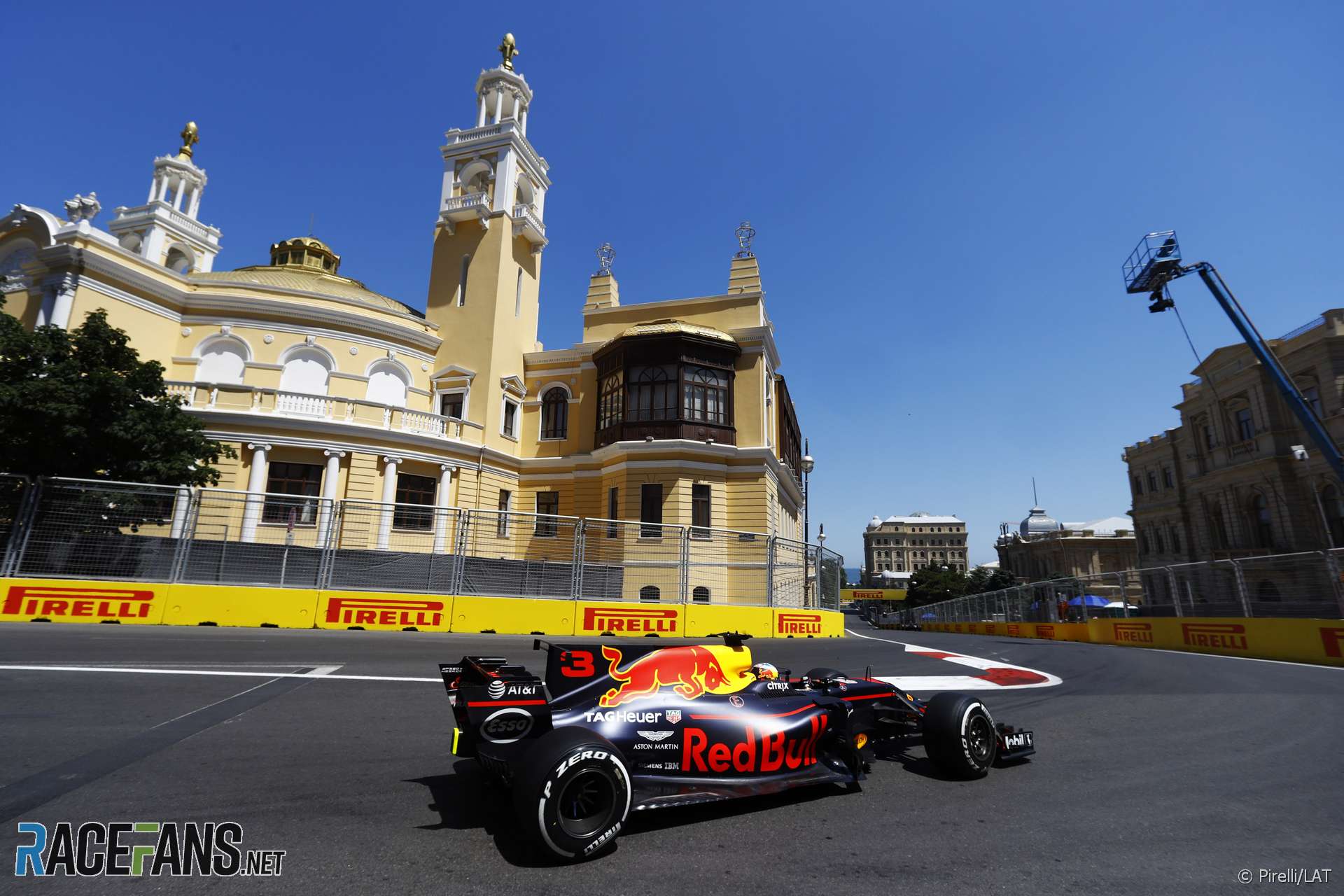 Azerbaijan’s round of the world championship takes place earlier in the 2018 F1 calendar than it did in the previous two seasons which means teams should expect lower temperatures this weekend. Race day will be the coolest of the three.

The Baku race was held in June last year and in 2016 (when its inaugural round was called the European Grand Prix). While June sees average daily temperatures in the 20-27C range, in April the average lows are below 10C, and a typical high around 16C.

Conditions on the opening two days of this weekend are likely to be warmer than average for this time of year, therefore. Periodic outbreaks of sunshine will see air temperatures nudge towards 25C. Much of the track is covered by shadows from the large buildings it runs through, which can keep surface temperatures down.

However on race day conditions will change noticeably. The wind is expected to change direction and as well as bringing cool air the northern breeze will be quite a bit stronger.

This combined with heavier cloud cover will mean considerably cooler air temperatures, around 17C, and track temperatures should be lower too. In some ways this will be the reverse of what teams experienced in China, were the track became hotter on race day.

Teams won’t need to be too aggressive with their cooling packages for the race. But as we have already seen even a comparatively small change in track temperatures can make it tricky to get tyres into the correct operating window. That will become even more difficult for drivers if we get a spate of Safety Car periods as was the case last year.

For more updates on the track conditions during each session keep an eye on RaceFans Live and the RaceFans Twitter account.