The warning came after comments made by Mohammed Ben Sulayem on Twitter following reports that a potential buyer had offered $20bn for F1. The letter, which was seen by Sky News, threatens to escalate tensions between Formula One and the FIA.

F1 bosses have sent an incendiary letter to the FIA following a claim that it is not worth $20bn (£16.3bn).

In the letter, the legal chiefs argue that FIA president Mohammed Ben Sulayem “interfered with our [commercial] rights in an unacceptable manner” when he referred to an “alleged inflated price tag of $20bn” being placed on the sport.

He added that a potential buyer of F1 should “come with a clear, sustainable plan – not just a lot of money”.

Mr Ben Sulayem’s comments, posted on Twitter on Monday, came in response to a report last week by Bloomberg News that Saudi Arabia’s sovereign wealth fund had explored a $20bn takeover bid for the sport in 2022.

Sky Sports News reported on Monday that bosses at F1 were unhappy with the social media post and tensions between the two bodies escalated on Tuesday when legal bosses sent the letter to the FIA.

Neither F1 nor Saudi’s Public Investment Fund has commented on the report. 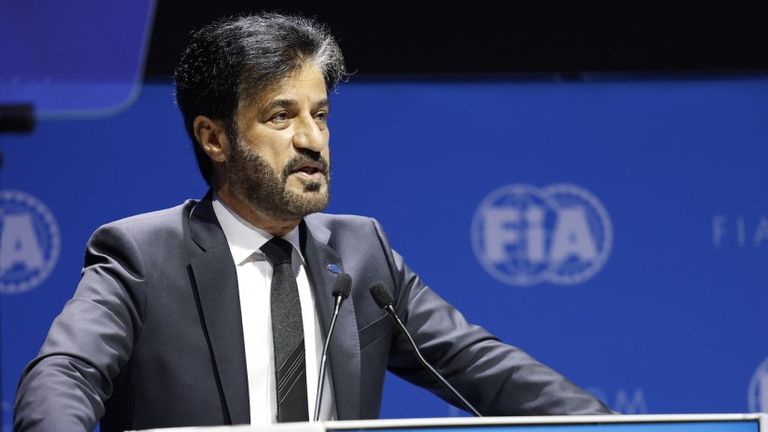 The letter, a copy of which was forwarded to F1 teams including Ferrari and Mercedes on Tuesday, warned the FIA that “Formula 1 has the exclusive right to exploit the commercial rights in the FIA Formula One World Championship” under a 100-year deal.

“Further, the FIA has given unequivocal undertakings that it will not do anything to prejudice the ownership, management and/or exploitation of those rights.

“We consider that those comments, made from the FIA President’s official social media account, interfere with those rights in an unacceptable manner.”

The response to Mr Ben Sulayem’s comments comes at a time of heightened tensions between F1 and its governing body.

The letter from Ms Woodward Hill and Ms Wilm also said the suggestion, implicit in the FIA president’s remarks, “that any potential purchaser of the Formula 1 business is required to consult with the FIA is wrong”.

It added that Mr Ben Sulayem had “overstep[ped] the bounds of the FIA’s remit”, saying that “any individual or organisation commenting on the value of a listed entity or its subsidiaries, especially claiming or implying possession of inside knowledge while doing so, risks causing substantial damage to the shareholders and investors of that entity, not to mention potential exposure to serious regulatory consequences”.

“To the degree that these comments damage the value of Liberty Media Corporation, the FIA may be liable as a result.”

Contacted by Sky News, an F1 spokesperson declined to comment. The FIA could not be reached for comment.

Get Sky Sports to see every race of the F1 season