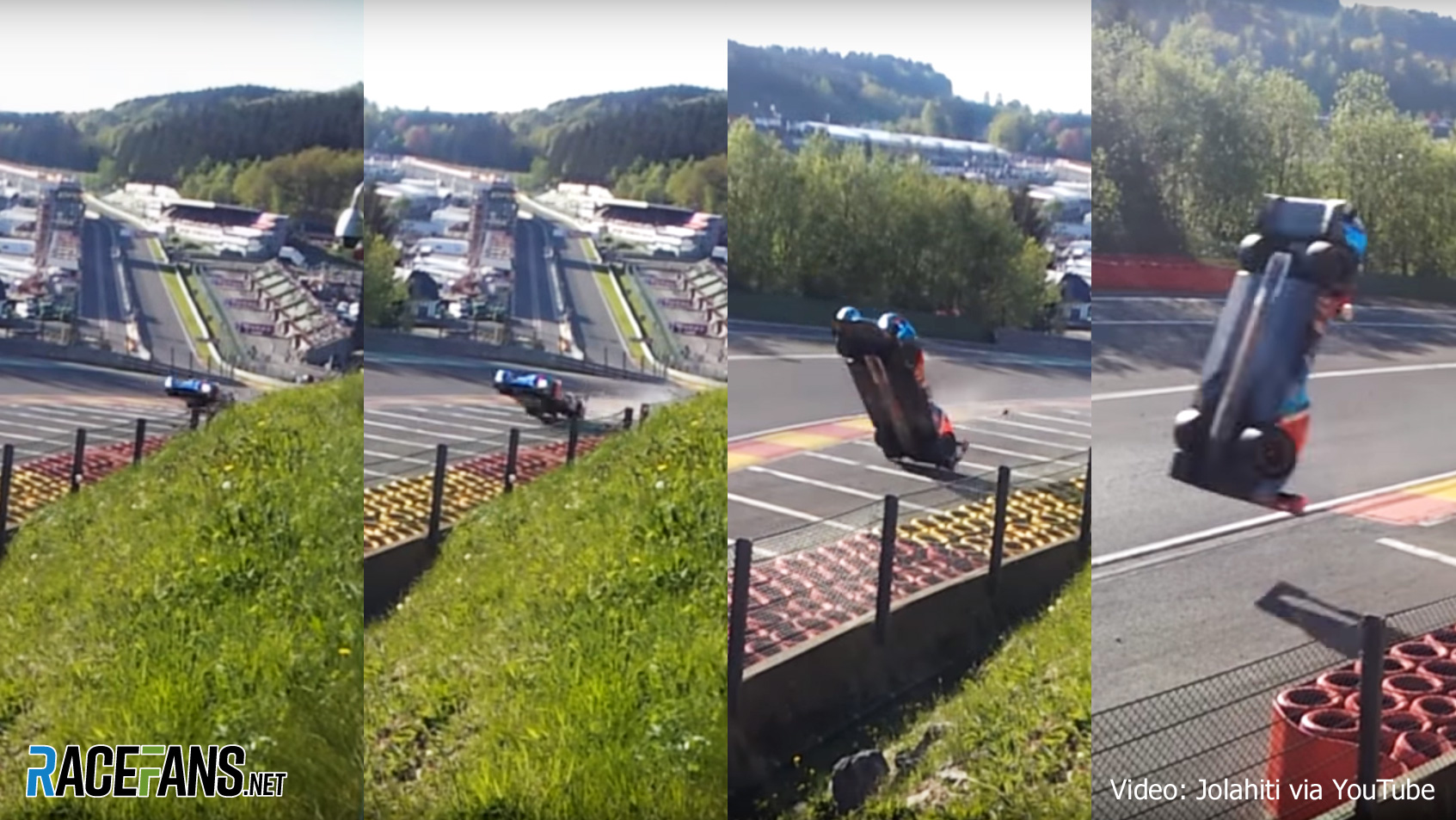 A video shot by a fan (above) has revealed the shocking aerial crash suffered by WEC driver Matevos Isaakyan during last weekend’s Spa Six Hours.

Isaakyan’s BR Engineering BR1 LMP1 prototype became airborne after he left the track at Raidillon 133 laps into the race. The front of the car lifted at high speed and flipped Isaakyan into the barriers in a manner reminiscent of Peter Dumbreck’s famous Le Mans crash in 1999.

The full extent of Isaakyan’s shunt was not seen during the broadcast of the race (below). It was the second for a BR1 driver on that part of the circuit during the race weekend. Pietro Fittipaldi’s suffered leg fractures when he crashed his DragonSpeed run car earlier in the same corner during qualifying.

Last weekend’s race was the debut for the BR Engineering-designed prototype. Isaakyan’s SMP Racing team mates Vitaly Petrov and Mikhail Aleshin drove the third BR1 entered for the race and finished fifth. Jenson Button will join this car for the Le Mans 24 Hours later this month.