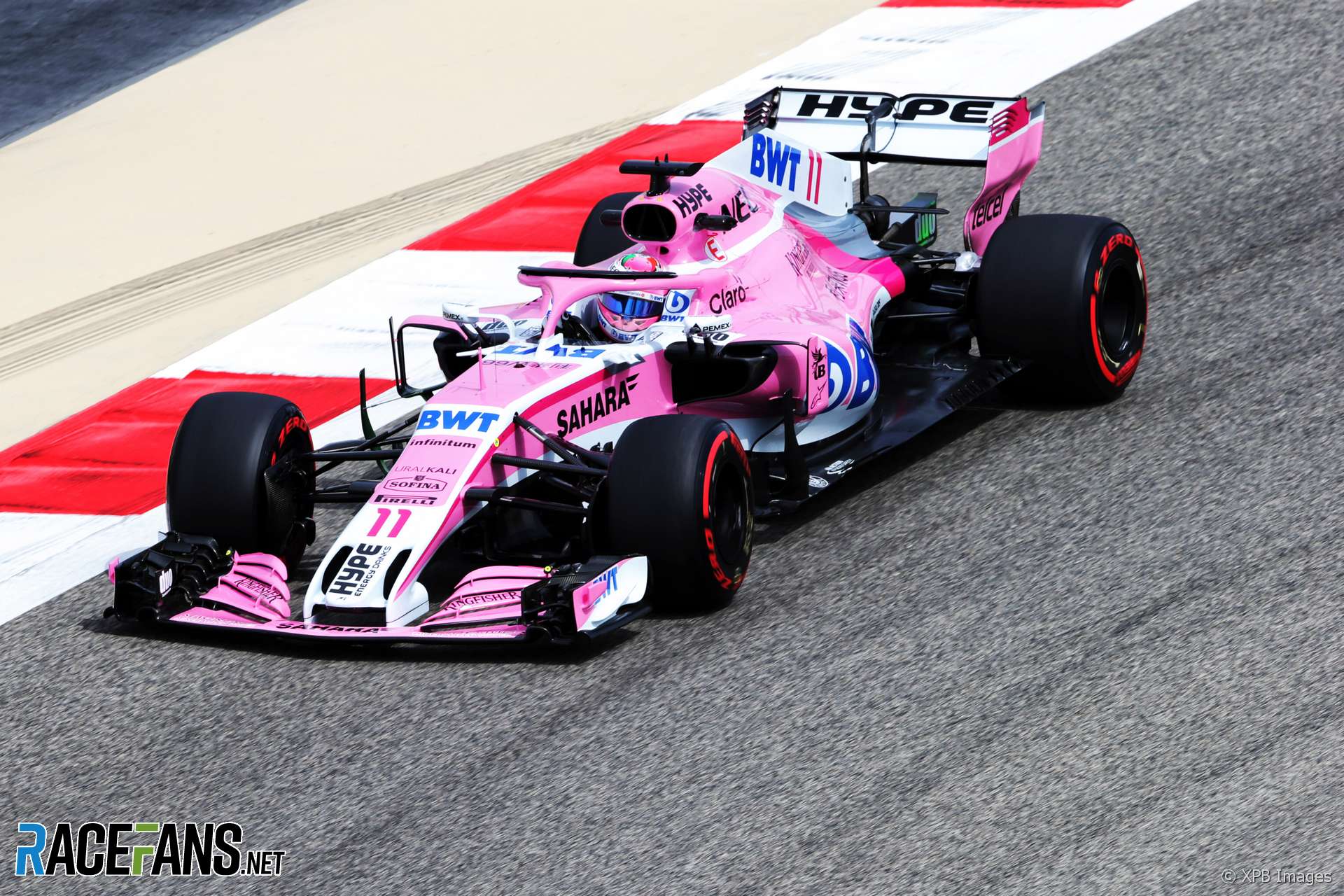 Force India expects its front wing upgrade will bring a “double whammy” performance benefit once it is able to make it work as designed.

The Silverstone-based team ran its new wing in practice at the Bahrain Grand Prix but has not raced it yet. The wing will not appear on the car until they have solved a fundamental problem with the balance of their VJM11.

Technical director Andrew Green said the car lacks rear downforce and is unstable when turning in to corners. A substantial, visibly different upgrade package is planned for the Spanish Grand Prix.

Green said the difficulties the team has experienced with the car is not related to the updates they have tried to introduce.

“We’re still very confident that front wing does exactly what we want of it,” he explained. “It was designed to go with a car that generates more rear load which we don’t have at the moment.

“Once that load appears, we can put the wing on, that generates even more rear load, that’s a double whammy, a positive circle.”

The team has changed its development priorities since discovering the VJM11’s shortcomings and has brought different updates for it than they originally planned to. They only began to realise the extent of their problems after pre-season testing.

“It started probably between Barcelona tests and Melbourme,” said Green.

“First of all we were a bit dubious about the data we were receiving, whether it was real or not. We needed to perform more tests on the car, put some additional logging instrumentation to check whether it was acutally a real phenomenon or not. And everythingh we’ve seen so far suggests it is real so we’ve been attacking it to try and instigate a change. As of yet we’re yet to make any real inroads into it.”

“It’s not a [wind] tunnel issue. It’s a full-size issue,” Green added. “It doesn’t match [wind] tunnel or CFD. The tunnel and CFD match [each other], unfortunately they don’t match reality.”

Although the car is an evolution of the team’s 2017 design, Green says it is different enough to make pinpointing the cause of their problems a challenge.

“It may look the same but every part of the car is different. So therefore which part of the car did we cange that fundamentally upset the car? It’s a very subtle change, it just goes to show how much of a knife-edge we work on.”