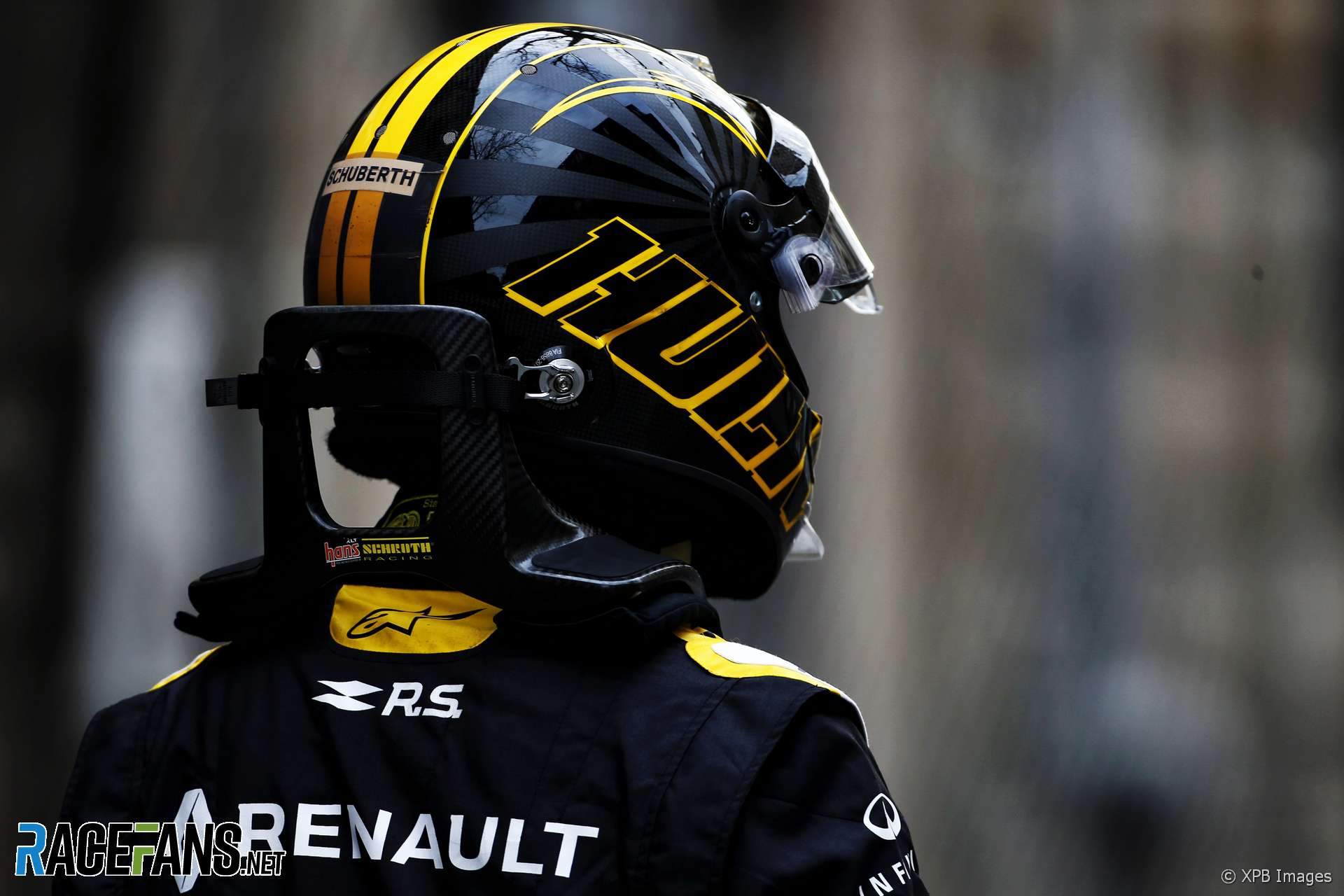 Nico Hulkenberg says Romain Grosjean has some homework to do after a first-lap crash eliminated both drivers and Pierre Gasly.

Grosjean lost control of his car on the outside of turn three and spun into the chasing field with his rear wheels spinning. Hulkenberg and Gasly collected the Haas.

“I just got crashed into,” Hulkenberg told the BBC. “Obviously we saw that Romain spun and he came back into the track. I couldn’t go anywhere, couldn’t avoid him unfortunately and he took the back end of my car off and that’s the end of my afternoon.”

“He doesn’t look great in that particular scenario,” Hulkenberg continued. “But generally he likes spinning a lot during the weekend but lap one is not a good timing to do it with all the cars around.

“I think he’s got to look at it and got some homework do for himself.”

Grosjean suffered the heaviest impact of the three drivers and was taken to the Medical Centre for a precautionary check.

The Haas driver explained how he lost control of his car to his team on the radio. “I tried the outside, Kevin [Magnussen] lost it a bit and then I got dirty air,” he said.