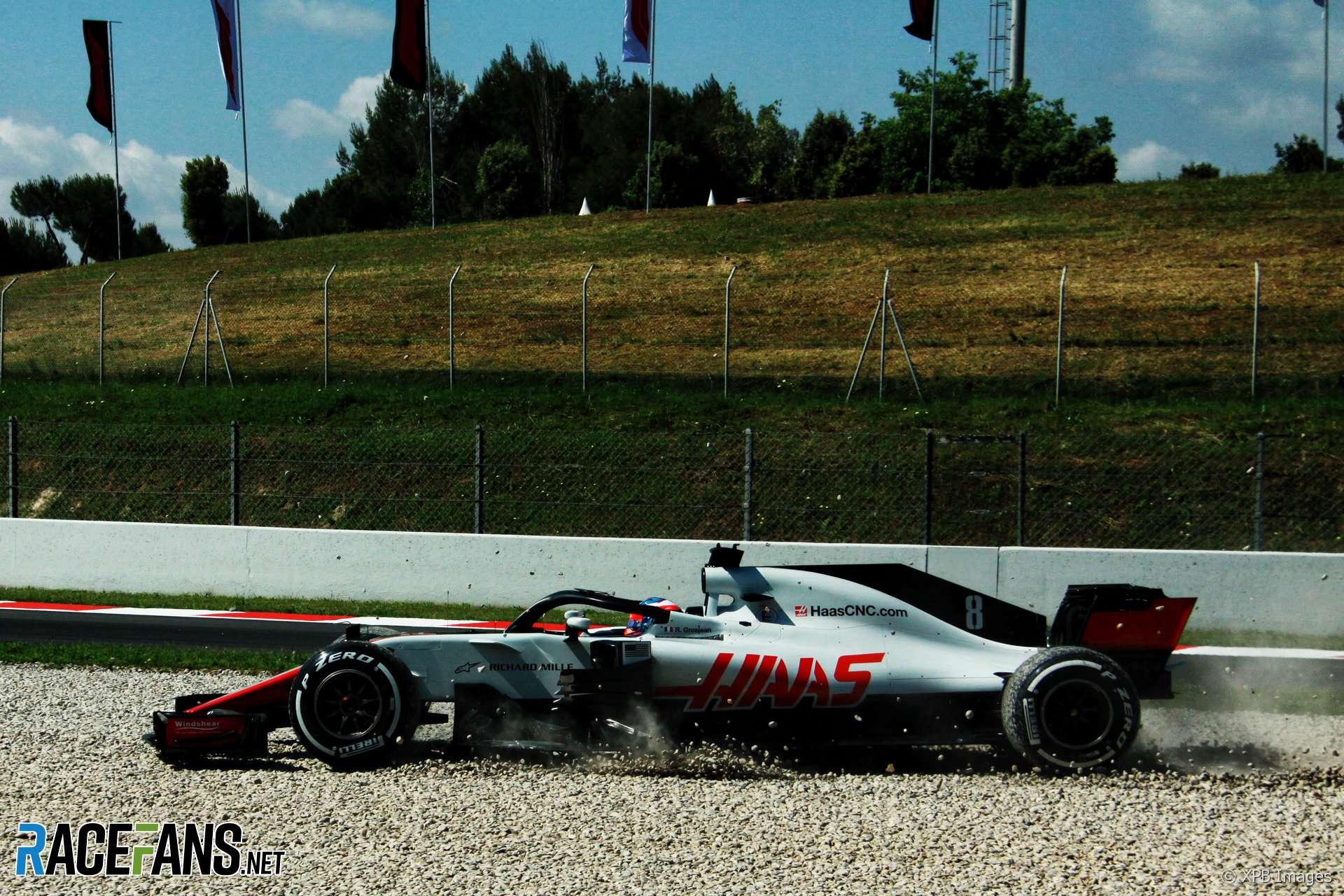 Romain Grosjean says he is pleased with the balance of his car but is mystified by his spin at the beginning of second practice.

“We’ve got no idea,” said Grosjean when asked about the spin. “At the minute there is no rational explanation. It’s a bit of a strange one.”

The Haas driver was able to rejoin the session later on and eventually set the seventh-fastest time behind the Mercedes, Ferraris and Red Bulls.

Despite the setback Grosjean said he was largely pleased with his car’s handling.

“The whole session the car was very much on the nose on the entry of the corner,” he said. “I’ve been complaining about understeer [before], here there’s no more understeer which is good but we just need to understand how to make the car a bit more stable on entry then I can attack the corner a bit harder.

“But generally even so the first run we went out and the second run was quite competitive. The long run was OK so looking forward to tomorrow.”

Grosjean is confident the team can repeat its ‘best of the rest’ position tomorrow.

“I think the feeling is pretty good and we know where to work on the car to get it better. It wasn’t the lap of the year so hopefully we’ll stay where we are with both cars.”