The FIA is taking a close look into a Formula Two crash to judge what role the Halo safety system might have played in protecting one of the drivers.

Nirei Fukuzumi’s car made contact with the Halo on rival Tadasuke Makino’s car when the pair collided at turn four during today’s F2 sprint race. Makino’s Halo bore clear evidence of the contact.

Halo, which has been introduced in F1 and F2 this year, is intended to give drivers greater head protection in collisions including those where one car lands on top of another. FIA safety delegate Charlie Whiting said his initial impression of the crash was that Fuzukumi’s car had been supported by the Halo on Makino’s.

“One [car] got up over the other one. I couldn’t quite see how it happened, but when you look at the tyre marks on the bodywork behind and down the side of the Halo, where the tyre marks start on the Halo is exactly where one of the two test loads is applied,” said Whiting.

“We will do an incident investigation on that. Judging by the photos we’ve seen and the accident itself of course, it looks very much as if it could have been a lot worse without Halo.”

“Even if it didn’t actually save his life it could’ve been nasty without a Halo, judging by the track of the tyre marks,” he added. 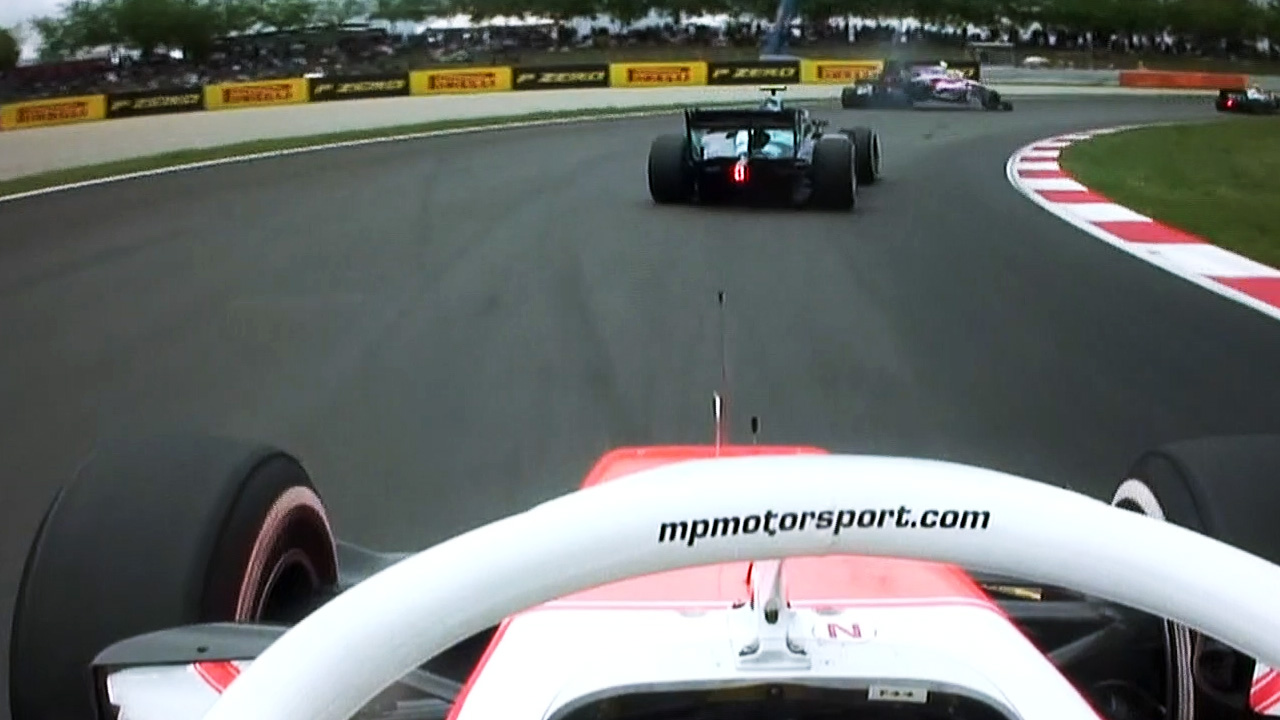