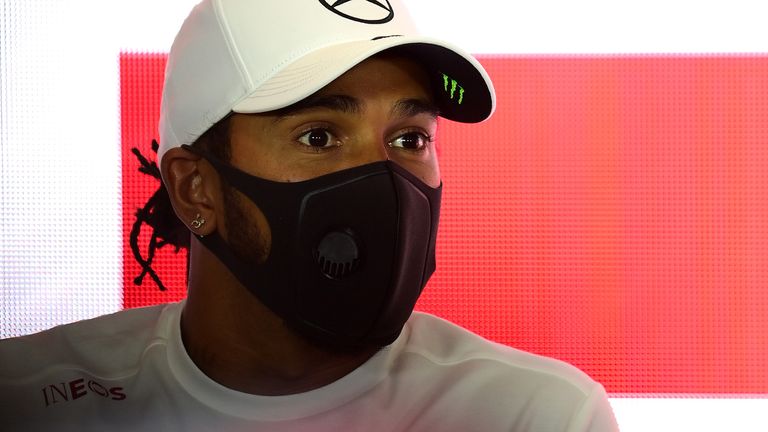 Hamilton had appeared on the backfoot after losing control of his W11 in the second stage of qualifying but bounced back when it mattered most with two laps in Q3 that would have been enough to beat Valtteri Bottas.

His final effort – 1:24.303 – secured his 91st career pole by three tenths of a second to head another Mercedes front row.

Charles Leclerc was six places ahead of Ferrari team-mate Sebastian Vettel in a strong fourth, with Lando Norris the lead McLaren for his own home GP in fifth.

Racing Point achieved a best-place finish of sixth with Lance Stroll, but Nico Hulkenberg dropped out in Q2.