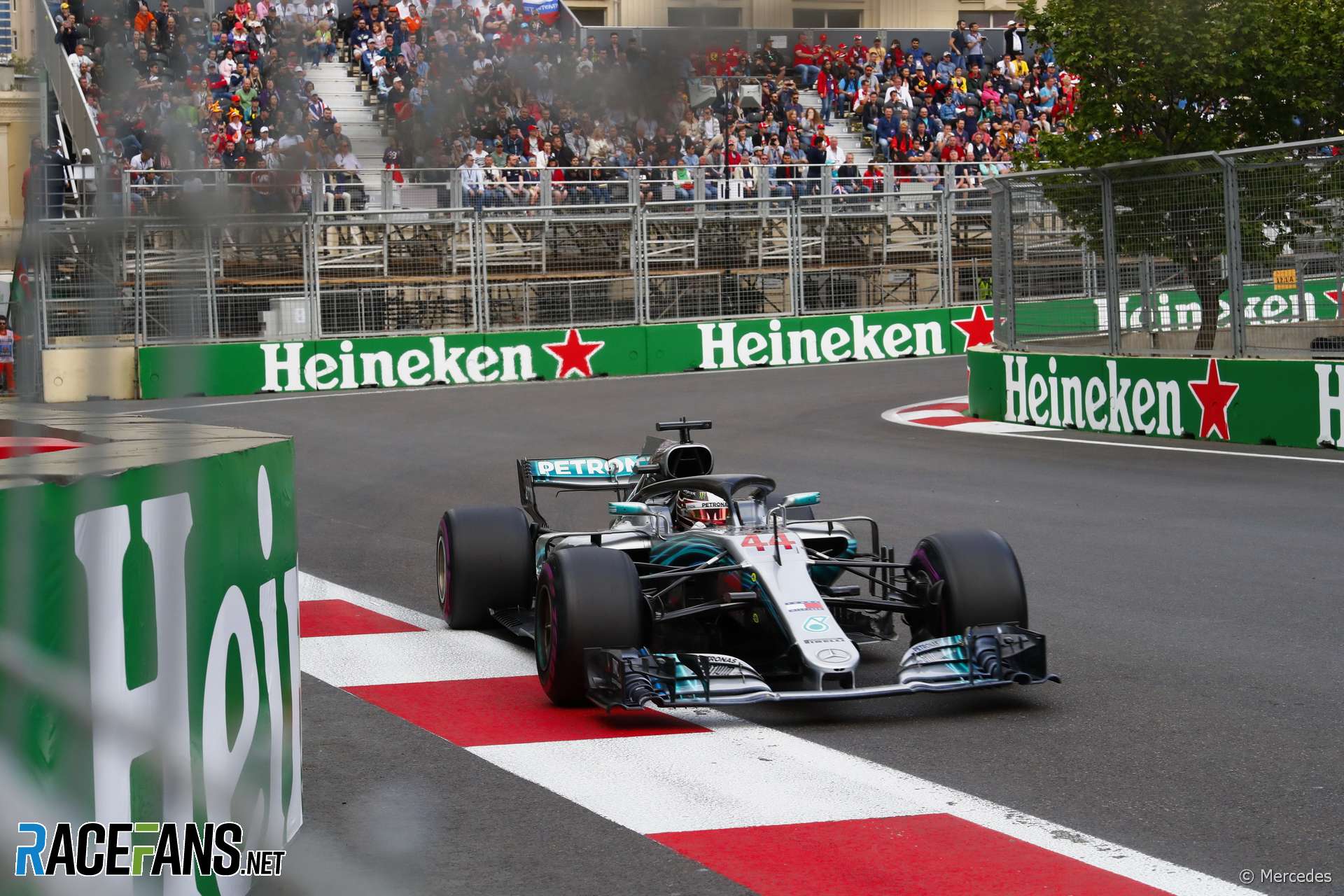 Lewis Hamilton won a dramatic and controversial Azerbaijan Grand Prix which was turned on its head when the Red Bull drivers crashed into each other.

The Mercedes driver was handed the lead when team mate Valtteri Bottas suffered a puncture shortly after a late-race restart. Bottas, who had taken the lead during a Safety Car period, appeared to strike a piece of debris moments before his right-rear tyre failed.

Sebastian Vettel led most of the race and was pursued by Hamilton in the opening stages. But a mistake by Hamilton at turn one compromised his efforts to get on terms with the Ferrari.

Hamilton made his sole pit stop soon afterwards. Vettel, no longer under pressure, was able to postpone his visit to the pits until a few laps later. But Bottas, who had run third after the start, stayed out longer.

The race turned Bottas’s way when the two Red Bull drivers collided at turn one. Max Verstappen and Daniel Ricciardo had fought each other hard all race and had already banged wheels at turn one once.

Ricciardo finally got past his younger team mate, only to fall behind him when the team pitted the two drivers. It all went wrong when Ricciardo, attempting to get up the inside of Verstappen at turn one, hit the back of his team mate’s car. The pair came to a stop in the turn one run-off. The stewards are investigating the incident as, no doubt, the team will too.

The appearance of the Safety Car handed opportunities to several other drivers including Kimi Raikkonen, who had to pit at the end of lap one following contact with Esteban Ocon. He resumed the race fourth, but gained a place when Vettel ran wide at turn one and moved up to second thanks to Bottas’s puncture.

Sergio Perez, who was hit from behind by Sergey Sirotkin at the start, took third place from Vettel. Carlos Sainz Jnr came in fifth ahead of Charles Leclerc in an excellent sixth for Sauber.

Lance Stroll collected the first points of the season for Williams in eighth place, sandwiched by the two McLaren drivers, and Brendon Hartley claimed the first point of his career in 10th.