Bringing back refuelling would add little to the spectacle of F1 according to senior technical figures from two of the sport’s leading teams.

Teams have been banned from refuelling during races since the end of 2009. However as RaceFans revealed last week proposed technical changes for 2021 could lead to an increase in F1 cars’ fuel consumption. This would mean cars having to carry more fuel at the start of races which would have a negative effect on their performance.

Allowing teams to refuel during races would reduce the increase in fuel weight. But this would make strategies more predictable according to Mercedes technical director James Allison.

“Once you put a chunk of fuel in your car you have to stop on the lap where you run out, or a lap or two before. Everyone knows when that is going [to be] and it just stops the surprise undercut or the chance overcut that comes with the current regs.”

Red Bull chief engineer Paul Monaghan was also sceptical about the benefit of bringing back refuelling.

“We looked at it a while ago and from memory of the simulation work done within Red Bull, I suspect all the teams’ strategies would converge on the same thing, because you no longer have an ever-decreasing car weight, you reset every time,” he said. 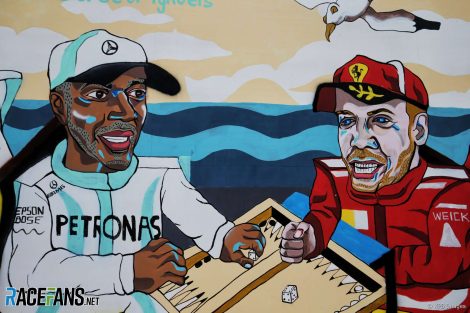 Azerbaijan GP practice in pictures“You‘ll pick the quickest way to do the race, the pit stops get a little bit longer, and if we all sit there doing the same thing then what we have done is to put a big valve in the side of the car.”

Monaghan also suggested it would be possible to accommodate the changes to the regulations without allowing the race starting weights to rise.

“You could up the fuel flow rate to the engine and not give us any more fuel flow for the race, in which case your off-the-line weight doesn’t actually change but will never attain the qualifying fuel flow rate,” he said in response to question from RaceFans.

“So, as James had said, we don’t have refuelling at the moment, we could, but if that’s not in then you are correct in that the potential is for the car weight to go up off the line.”