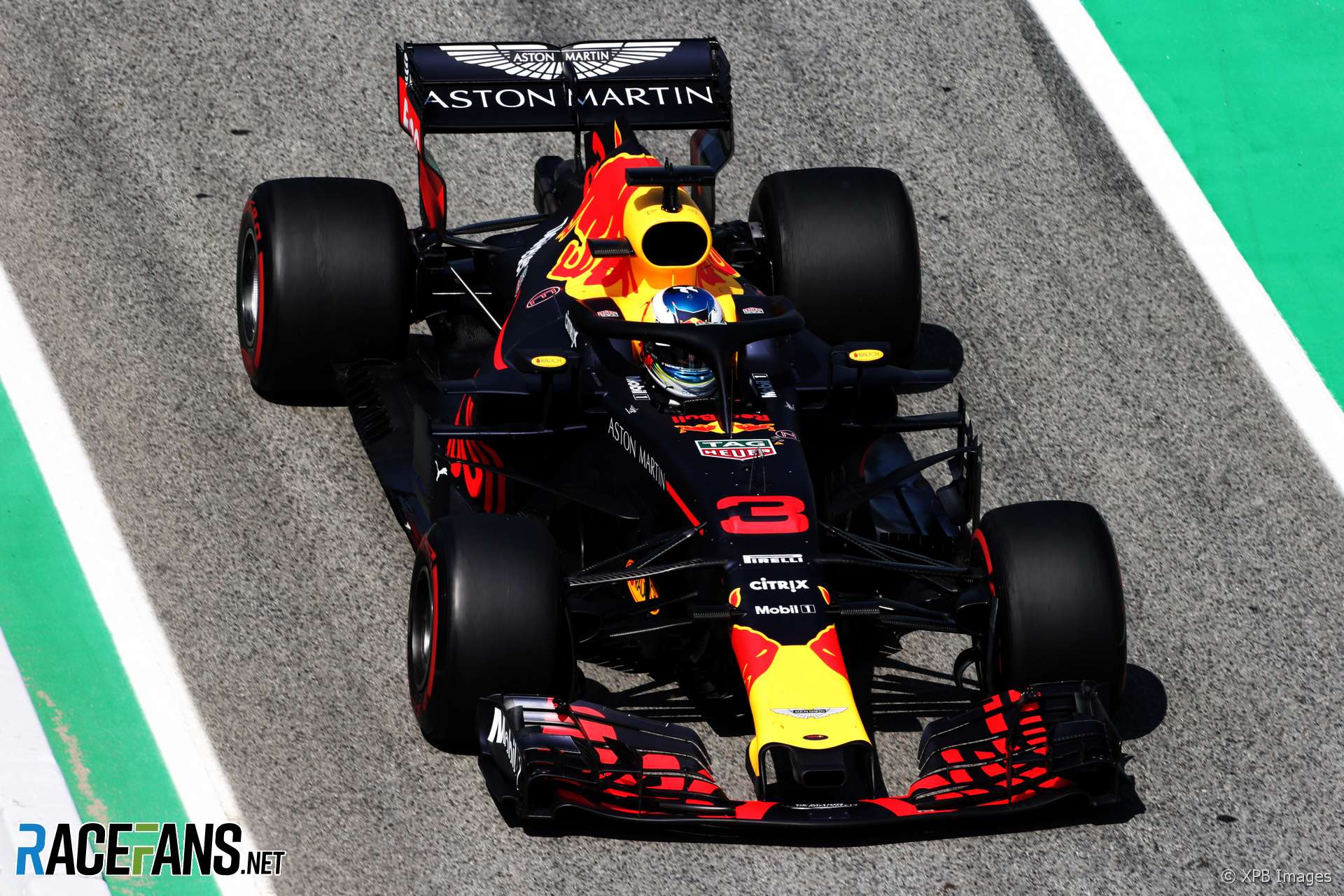 Have the updates the teams have brought shaken up the competitive order this weekend? With just four tenths of a second covering the top three teams in practice it’s too early to tell.

There are more factors than usual clouding the picture. The new surface at the Circuit de Catalunya has contributed to lap time gain but is also, according to Fernando Alonso “peaky”. That certainly seemed to be the case as several drivers spun in today’s practice sessions.

Another variable this weekend is the new tyres brought by Pirelli, which have thinner treads. Sebastian Vettel is clearly unimpressed with the decision and has made remarks about it being instigated by Mercedes and Red Bull in testing.

The appearance of those two teams ahead of Ferrari on the timing sheets seems to suggest he has a point. But they’ve tended to make bigger gains on race day compared to their rivals – at least on the three most recent tracks where engine power tends to be important.

With so little to choose between the top teams and overtaking usually difficult at this track, the temptation to run an alternative strategy will be strong. However the difficulty teams had extracting good lap times from the softest available tyres indicates all the front-runners may prefer to qualify on the soft instead of the super-soft on Saturday.

That may change if the conditions get cooler, as Alonso explained. “The super-soft I think they were not in the window today,” he said.

“It was a little bit too hot, you overheat them. It happened already in Bahrain, the red tyres, they seem to struggle a little bit with hot tracks. Let’s see tomorrow. it’s supposed to be cloudy and cooler so maybe the red tyres tomorrow are a better choice.”

With the ‘big three’ teams likely to lock out the front three rows as usual it will fall to the best midfield drivers to contest the remaining spaces in Q3. Alonso is eager to get McLaren there for the first time this year. But it would be a mixed blessing, for as Romain Grosjean pointed out starting from the fifth row of the grid on used super-soft tyres is likely to be worse than starting a row further back on fresh rubber.

It looks like being another tough weekend for Williams however. Not only were they slowest, but it won’t have escaped anyone’s attention that their best time was set by the driver who isn’t in the car. And they have chosen more of the unloved super-soft tyres than any of their rivals.

This chart shows all the drivers’ lap times (in seconds) during their longest unbroken stint. Very slow laps omitted. Scroll to zoom, drag to pan, right-click to reset: