McLaren is considering an expansion of its racing activities which could include a full-time IndyCar team and entry into the World Endurance Championship’s revamped top-flight category.

The team’s spokesperson Tim Bampton would neither confirm nor deny reports it is considering a full-time return to IndyCar as soon as next year, but the team is known to be evaluating options in championships outside F1.

McLaren Racing CEO Zak Brown said during the Spanish Grand Prix weekend F1’s proposed budget cap could prompt it to expand into other championships such as IndyCar in the “right circumstances”.

“We did the Indy 500 last year,” said Brown. “North America is an important market for us and we’re a fan of IndyCar racing. So as we look at the budget cap and how you manage that, looking at additional forms of motor racing is something we are considering.”

He also said the team would “definitely consider” a WEC entry under its proposed new rules for the 2020/21 season which would bring the top category – currently LMP1 – closer to production car specifications instead of prototypes.

“McLaren has a long history in additional forms of motorsport, whether that was Can-Am, IndyCar, we’ve won Le Mans,” he said. “With the new regulations coming up for World Endurance, we are participating in those meetings and reviewing what that looks like. We’re a fan of the Le Mans brand.” 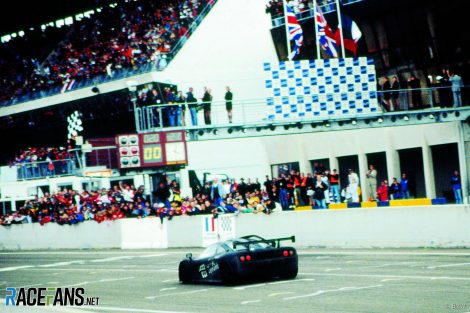 McLaren has won Le Mans once, in 1995“We would consider running the new, whatever they’re going to call it, GTP, silhouette, LMP1, I’ve heard various phrases,” he added. “I think what’s exciting is trying to go to Le Mans to win outright. That’s the highest value for a racing team.”

McLaren’s shareholders are supportive of the team moving into series outside F1, Brown added.

“They like the ideas as long as what we do is financially viable, makes sense for our brand and we can be competitive. Our shareholders are a group of racers, which makes it a lot of fun to work for them.

“The Indianapolis 500 project last year, when I brought that forward and told them I thought it was commercially viable and we’d be competitive, it didn’t take them very long to say, ‘Great idea, let’s do it’. So from that standpoint they’re great to work for.”