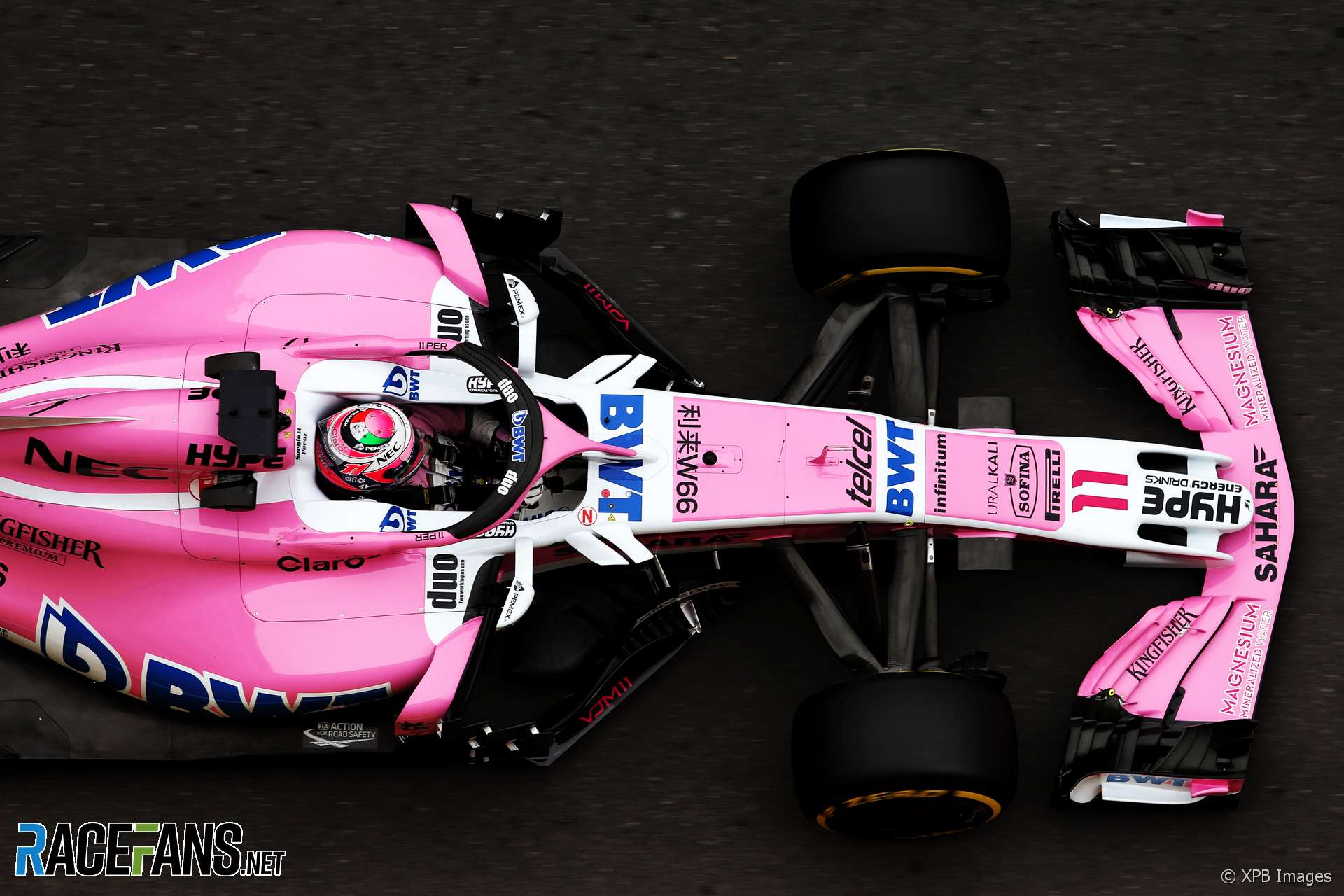 The six Mercedes-powered drivers have been allowed to use their high-power engine modes for longer in this weekend’s Azerbaijan Grand Prix.

“We have no hardware improvements [it’s] just Mercedes sometimes, rightfully so, will restrict the more potent modes that we run to a limited amount of time or laps,” Szafnauer explained.

“The way they go about developing is they will validate from a reliability standpoint those modes to a point where they think they’re safe to run. And then they let us all run those.

“Then they’ll go back [once] the season starts and have an increase on those modes, so you can run a higher mode for longer, and they’ll stick that on the dyno and validate it to make sure that the engine will hold. And then when they’re happy, then they’ll increase the modes. They’ve done that here.”

As RaceFans revealed in February a rules clarification for 2018 requires engine suppliers to allow their customers to use their power units in the same way as their factory teams. Mercedes uses a ‘phase document’ to govern how aggressively all its teams can use their engines.

“You don’t have to run those [engine modes], you can save them,” said Szafnauer. “But they’re made available to all of us at the same time. You’d be silly not to.”

“During the race we run two modes, the ‘race plus’ mode as we call it – everyone calls it different stuff – the quicker race mode we can run longer now. They’ve increased it by a significant amount of kilometres, maybe 20 or 30 longer in the race.”