Lewis Hamilton’s car was fitted with a pair of red vertical lights on either side of its rear wing.

An FIA spokesperson confirmed to RaceFans test was requested by the sport’s governing body as part of its research in how to improve safety in wet races. Mercedes offered to run the lights and the FIA will analyse the outcome of the test before deciding whether to introduce them.

F1 cars are already required to feature a single central red light which must be illuminated during wet weather conditions.

The lights have served a further safety purpose since the current V6 hybrid turbo power units were introduced in 2014. The lights flash if the car begins running at reduced torque to save fuel, to warn following drivers it may slow down on the straight. It is not clear whether the new lights would also perform the same function. 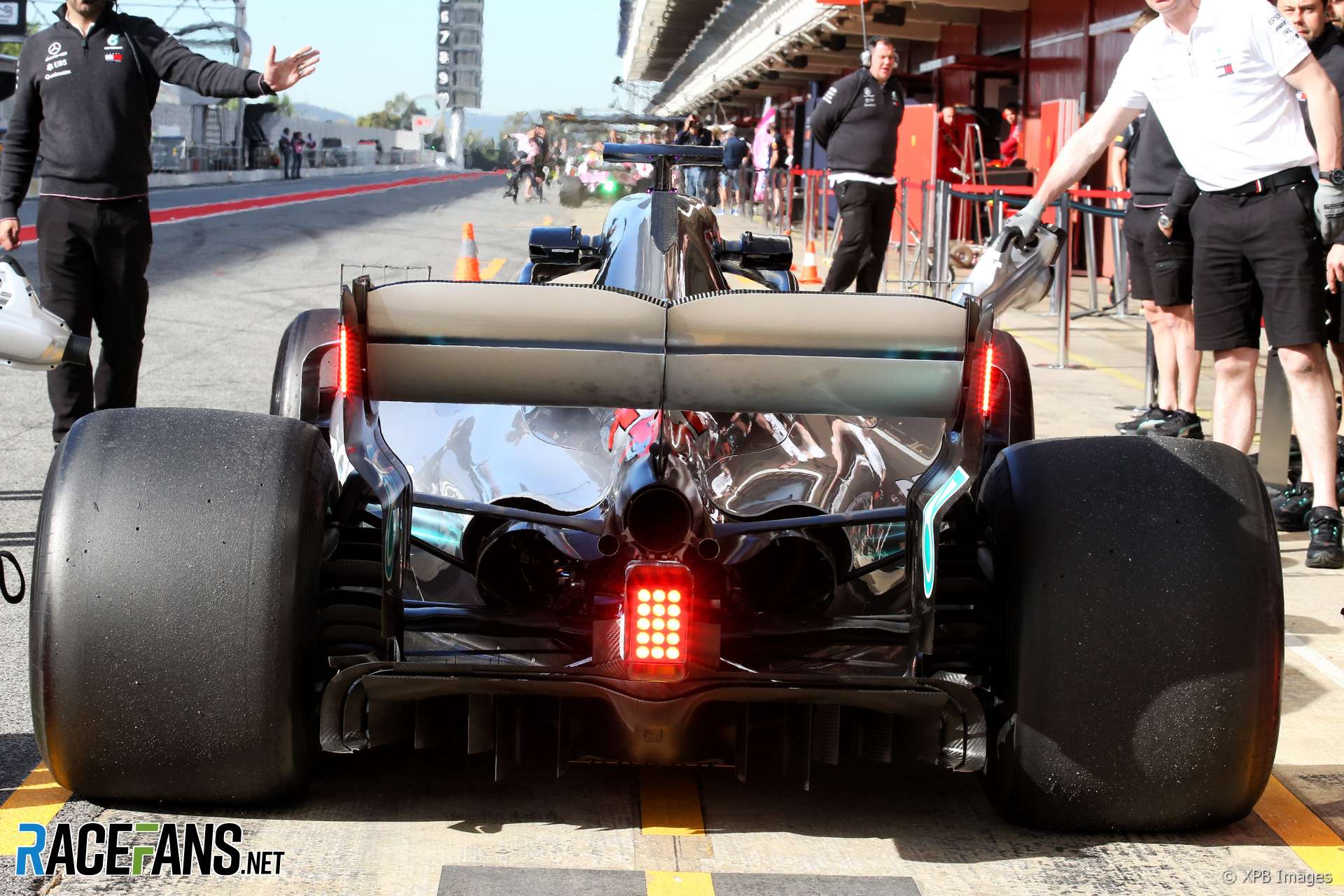