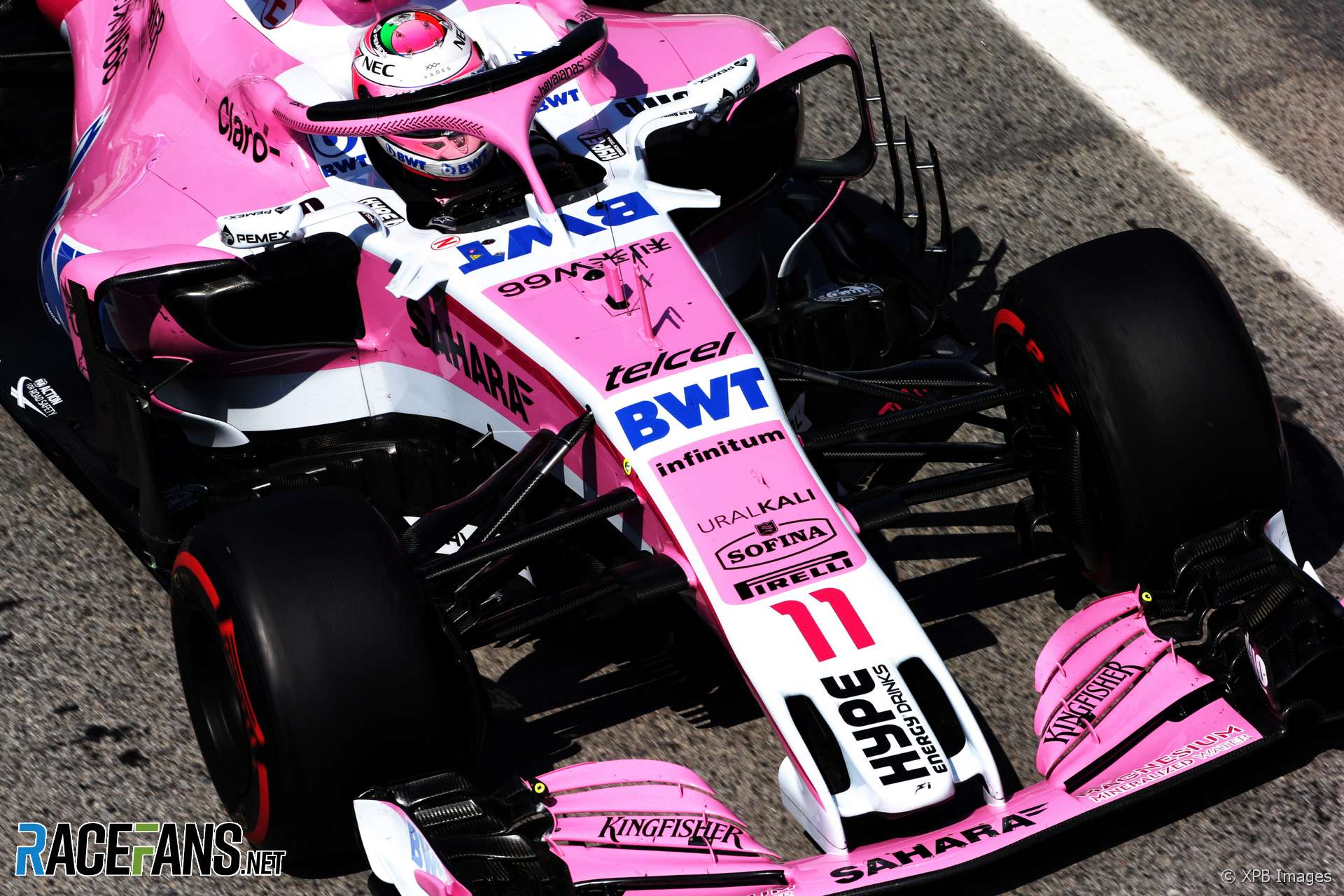 Force India has been fined €5,000 for releasing Sergio Perez’s car from this pits without having correctly fitted one of its wheels.

However the team was spared a grid penalty because the stewards ruled it was not obvious his front-left wheel hadn’t been fitted properly.

Following an inspection of the car by the FIA’s technical delegate, the stewards agreed that although the wheel had been clamped to the car the wheel nut was cross-threaded, which only became apparent after Perez rejoined the track.

“The stewards determined that the car was released in an unsafe condition in breach of Article 28.13(b) [of the Sporting Regulations] as the wheel was not properly attached to the car when released,” they said in a statement.

“Unusually, the wheel clamped to the car and it was not immediately apparent that the wheel was not fully fitted. The stewards had the technical delegate inspect the car, and his conclusion agreed with the team’s that although the wheel clamped, the wheel nut was cross-threaded.”

The stewards acknowledged Perez handled the problem correctly. “The driver stopped the car in a safe manner as soon as the above became apparent to him. And while there was some confusion on the radio, the team gave appropriate instructions as soon as they realised the issue, which was not apparent until just before turn nine.”

“Consistent with previous decisions of a similar nature, the stewards decided that the grid place penalty mentioned in the above article would not be applied as all appropriate measures were taken, and in particular it was not obvious that the car was unsafe when it was released.

“Nevertheless, it is the responsibility of the team to take all measures to ensure that the wheel is fully fitted and accordingly, the stewards fine the team €5,000.”