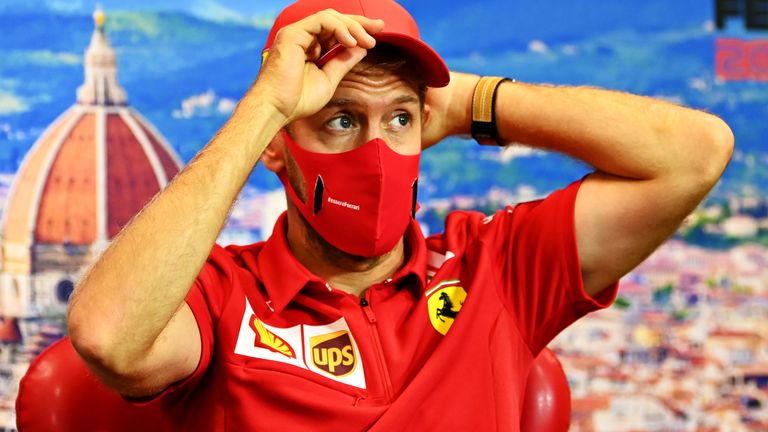 Otmar Szafnauer says Sebastian Vettel is the “perfect fit” to push Aston Martin forwards from 2021 because he’s in his F1 “prime” and is “highly motivated” – with the move also backed by Ferrari and Mercedes bosses.

Vettel’s future was finally secured last week with confirmation that he would be replacing Sergio Perez at the team currently known as Racing Point, who aim to become a leading F1 outfit as Aston Martin, and Vettel will hope to breathe life into that project and indeed his own career.

The German has endured a disappointing last 18 months with Ferrari, where he has failed to add to his four titles – the last won with Red Bull in 2013.

Speaking to Sky F1 after the swoop, Racing Point team boss Szafnauer said he was confident Vettel will bounce back – stating that he “needs a bit of love” and it is “our job to put our arm around him”.

And he added later on in the Tuscan GP weekend: “He’s 33 years old, he’s still in the prime of his career. He’s got a vast amount of experience, he’s still highly motivated to do well. 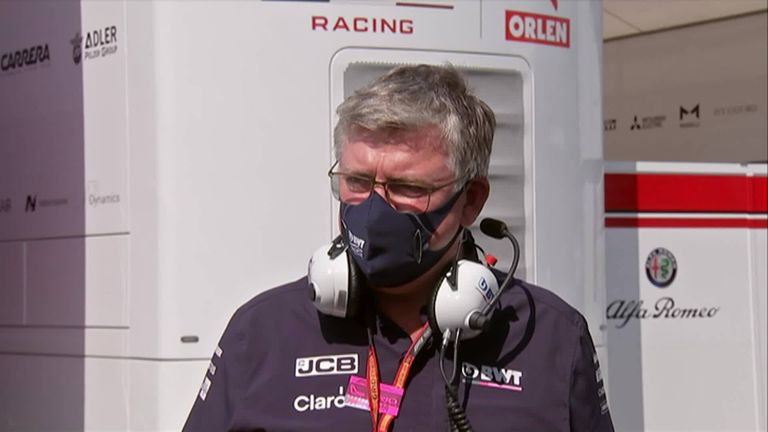 Racing Point F1 team principal Otmar Szafnauer believes Sebastian Vettel is a proven champion and brings a winning mentality that matches our own ambitions for the future as Aston Martin F1 Team.

Racing Point F1 team principal Otmar Szafnauer believes Sebastian Vettel is a proven champion and brings a winning mentality that matches our own ambitions for the future as Aston Martin F1 Team.

“He works really hard and we believe with our team, what we want to take it to, and the level that we want to get to – Seb’s a perfect fit for that.

Szafnauer also revealed that Perez was always going to be the man who made way for Vettel, as there wasn’t an option in Lance Stroll’s contract like there was his.

“He’s a young man at 21 years old and yes, his father does own the team,” said Szafnauer. “So when we look to make a driver change, because Sebastian became available, it would have been Checo.

“There were options in his contract and those options didn’t exist for Lance.” Lewis Hamilton believes Sebastian Vettel’s move to Aston Martin for 2021 is exciting for the sport.

Lewis Hamilton believes Sebastian Vettel’s move to Aston Martin for 2021 is exciting for the sport.

Vettel’s next big F1 move was also praised by the team boss who decided to replace him at Ferrari, and the man who has been linked with signing him at Mercedes on multiple occasions.

“We told him very early in the season that we will not renew ourselves,” said Ferrari’s Mattia Binotto. “I think it was important for us to give him time and find a seat, and he did it.

“I’m very happy for him. Very happy for him as a driver, as a person, and happy for Formula 1 because it is great to keep a four-time world champion. So I think it’s a great result. It’s great for him. Sebastian Vettel says his decision to move to Aston Martin was down to the spirit and potential of the team.

Sebastian Vettel says his decision to move to Aston Martin was down to the spirit and potential of the team.

He continued: “Will he do well in Aston Martin? I think yes, I hope he’s doing well, certainly. I think we can challenge him next year and hopefully we’ll be ahead.”

Mercedes’ Toto Wolff agreed with Binotto, and with Szafnauer’s assertion that Vettel is in his prime.

“I think it’s great,” he told Sky F1. “I have three shares of Aston Martin so from that perspective it’s great! The German market is the second most important market.

“And from the other perspective, he’s going to bring a tremendous amount of knowledge to Aston Martin, with Lance who is really improving and improving, he’s at a super level now.

“The knowledge Sebastian brings… everybody progresses at a high tide and I think that’s going to be his biggest contribution.”