Ferrari’s controversial Halo-mounted wing mirrors have been under scrutiny since they appeared at the Spanish Grand Prix weekend.

However RaceFans has learned that, contrary to reports, the controversial design has not yet been banned for future races.

The SF71H’s wing mirrors attracted immediate attention when the car was launched for their unusual aerodynamic profile, as these new pictures show. The forward-facing element of the mirrors are vented, improving the airflow through them to the rear of the car.

However Ferrari’s next development of the mirrors, which involved mounting them on the Halo safety structure, has prompted questions from rival teams. RaceFans understands the supports by which the mirrors are attached to the car are thought by some to be in contravention of the rules. 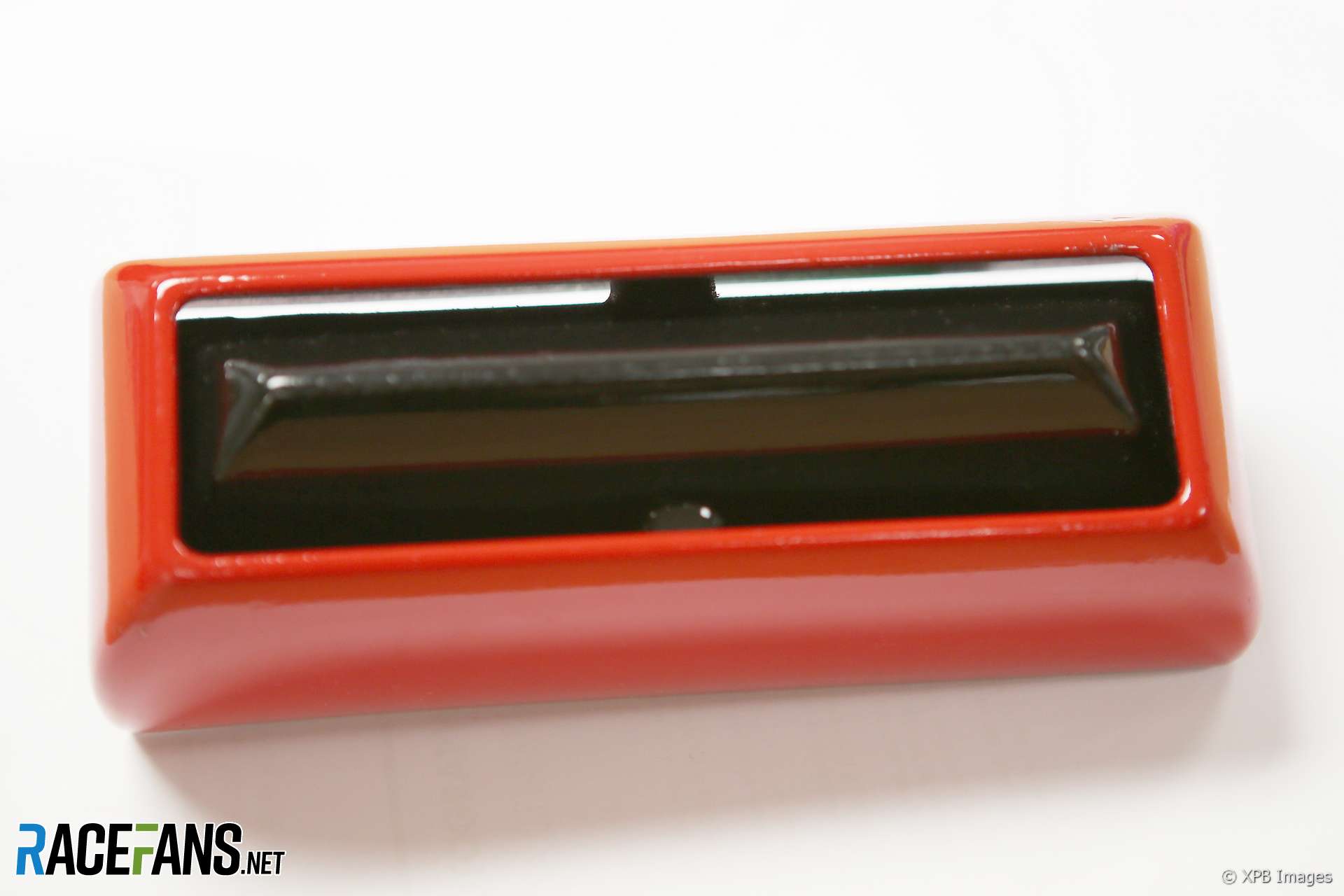 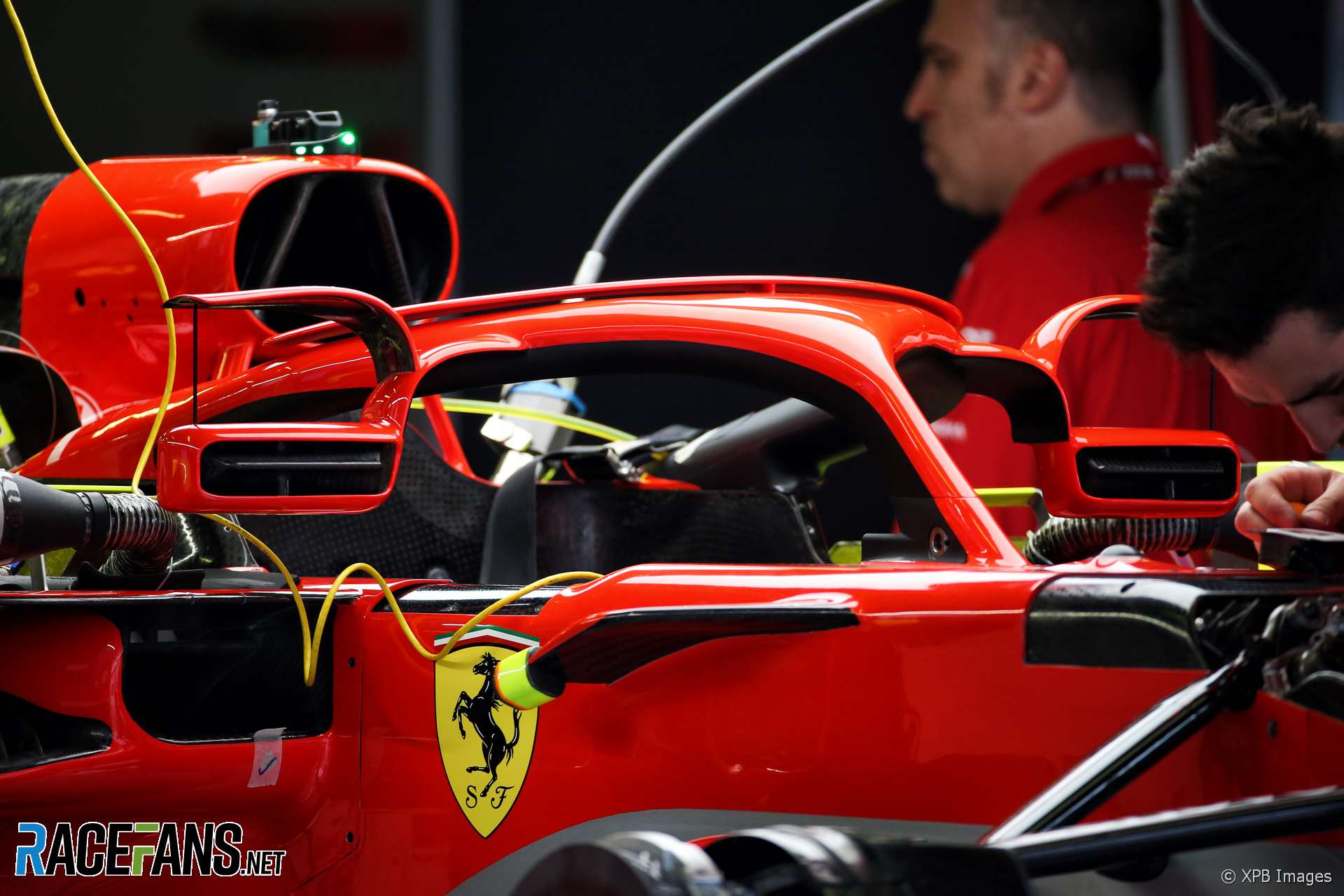 The Halo mountings are under scrutiny

If the FIA chooses to ban the mountings it can do so by issuing a technical directive to clarify the regulations. Until then Ferrari’s unique arrangement is legal within the rules as they are currently written and interpreted.

Ferrari has led the way in this area of car development in 2018. No other team is using vented rear wing mirrors or has mounted its mirrors on the Halo. 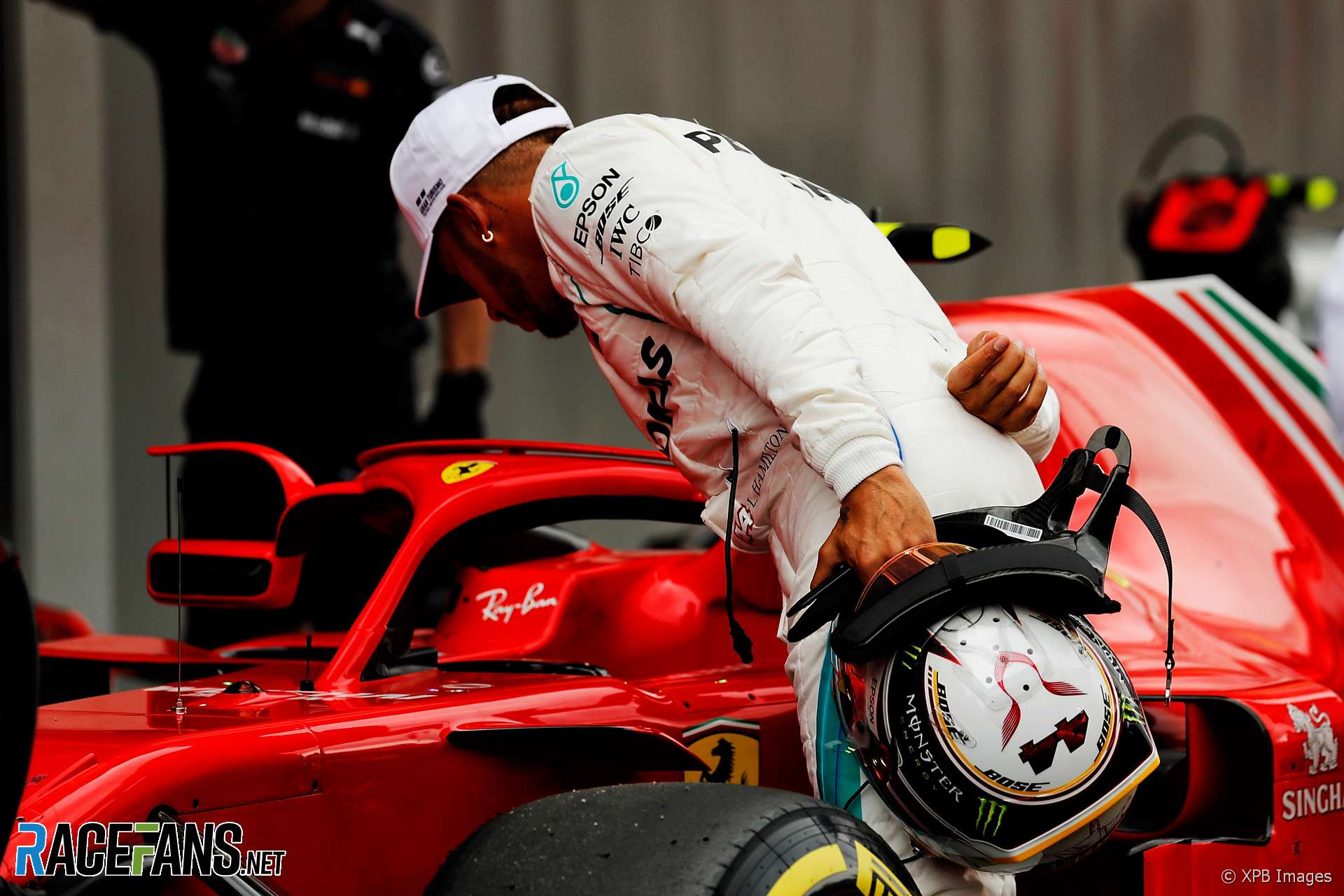