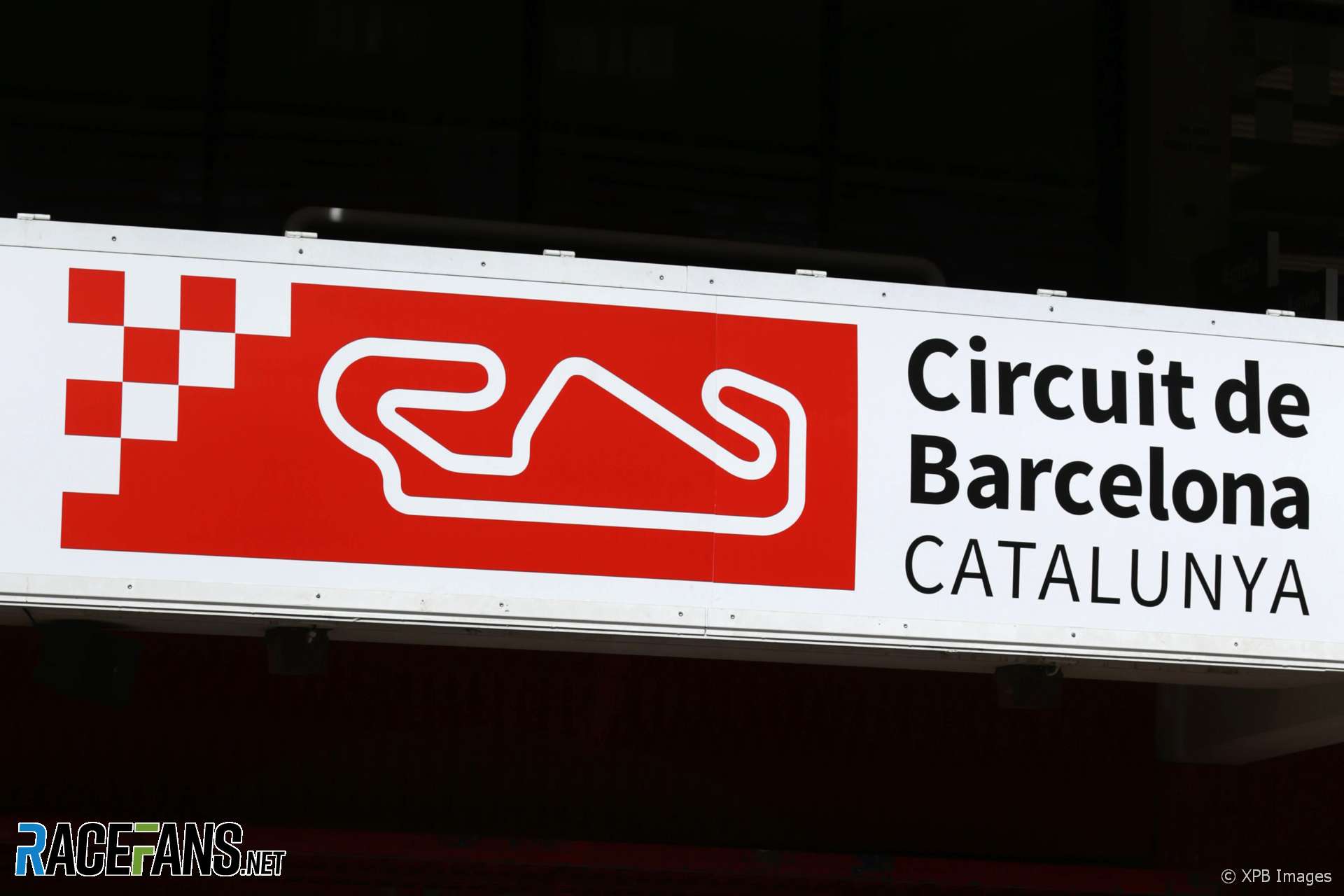 The Royal Spanish Automobile Federation has criticised the performance the official national anthem of Catalonia in the pre-race ceremony during last weekend’s Spanish Grand Prix.

The federation published an open letter complaining it was not consulted about the rendition of the Catalan anthem Els Segadors following the Spanish national anthem prior to the race.

The decision to play the anthem represented an “alteration of protocol”, according to the federation. However RaceFans understands both anthems have been performed at the race since the Circuit de Catalunya first held the Spanish Grand Prix in 1991.

The issue of Catalan independence is a highly sensitive subject in the region. The Catalan government attempted to declare independence from Spain last year following a referendum, leading the Spanish government to take direct control of the region.

The performance of the anthem “has been understood by the media and by a large number of motorsport fans, as an evident use of the capacity of public communication of the sport, for the launching of political messages, at a particularly delicate and painful moments for Catalonia and for Spain,” said the federation in its letter.

As RaceFans reported last week, the Catalan independence debate may have consequences for Spain’s round of the world championship, amid rumours the race could be moved out of Catalonia, to Madrid.

The FIA has in the past reacted strongly if it believes a race has been used for political ends. In 2006 it fined the Turkish Grand Prix promoters after the race winner was presented a trophy by Mehmet Ali Talat, who was referred to as the ‘president of the nothern Turkish republic of Cyprus’, a region not recognised by the Turkish government.

In view of the events that took place last Sunday, May 13th, at the start of the Spanish Grand Prix of Formula 1, after having analyzed the matter in depth, and with the backing of the members of the Board of Directors of this Royal Spanish Federation of Motoring, which I am honoured to chair, we feel the need to highlight the following issues in this open letter:

1. That the Sporting Regulations of the Formula 1, in its article 19.4, provides for the interpretation of the National Anthem, 14 minutes before the beginning of the formation round [lap], within the protocol of the Exit Ceremony.

2. That, obviously, in the case of the Spanish Grand Prix, and how the regulation speaks in the singular of the national anthem, this cannot be other than the Spanish Anthem or March of Granaderos, which is the only official anthem of Spain since 1770, and the interpretation of any other anthem is not foreseen, therefore, both the mere presence on the Catalan flag track and the interpretation of the Anthem of Catalonia, are out of place in that Ceremony.

3. That, given the current political circumstances, this alteration of the protocol – contrary to the Sporting Regulations of Formula One – has been understood by the media and by a large number of motorsport fans, as an evident use of the capacity of public communication of the sport, for the launching of political messages, at a particularly delicate and painful moments for Catalonia and for Spain.

4. That this Royal Spanish Federation of Motorsports was not informed that it was going to make this change of protocol, with which it did not know about it, and was surprised in its good faith.

5. That, if this Royal Spanish Automobile Federation had been consulted about the possibility of carrying out this alteration of the regulatory protocol of the Grand Prix Exit Ceremony, it would have opposed its authorisation, always with the maximum and absolute respect to the symbols of Catalonia, but the exit of a Formula 1 Grand Prix is ​​a regulated sporting event, and the rules are to be respected and fulfilled.

6. That the Royal Spanish Motoring Federation expects and wishes that this type of situation does not happen again in an event of our sport, and requires the special collaboration for this purpose of the FIA, the FOM, the Higher Sports Council and of the Government of Spain, and of the Organising Committee of the Grand Prix of Spain of Formula 1, “Circuit de Barcelona Catalunya”.