When Toro Rosso’s deal to use Honda power units was announced in September last year, many wrote off their chances of achieving anything in 2018.

The Japanese manufacturer was seen as the cause of McLaren’s three dire seasons. Toro Rosso does not have a budget to match McLaren’s, even with the might of Red Bull behind it. And the team began 2018 with the two least experienced drivers on the grid.

Expectations seemed to be borne out in Australia, where one car lasted little more than a dozen laps and the other finished last. Yet in the second race of the season Pierre Gasly brought his Toro Rosso-Honda STR13 home fourth in the Bahrain Grand Prix, behind a Ferrari and two Mercedes.

Did the result surprise the team as much as it did the rest of the paddock? Speaking to RaceFans in an exclusive interview, the team’s technical director James Key said their step forward in Bahrain was flattered by a poor performance in Australia.

“The steps we made since Australia, both on chassis/mechanical set-up and new aerodynamic bits we’ve introduced, appear to complement each other and work quite well. So we felt Bahrain was going to be a better circuit for us than Australia.

“In Australia we under-performed terribly so the leap looks enormous but it was really because we had a bad race [followed by] a good race. But probably we got more from the combination of work than we expected. When we got there and we started running we realised the balance of the car [had] improved a lot.”

After that it was a case of delivering on the potential they had unlocked. “The result didn’t [surprise us] because by that point we kind of felt we had a reasonable understanding of our performance level. We relied on a strategy which put him in free air and that worked.” 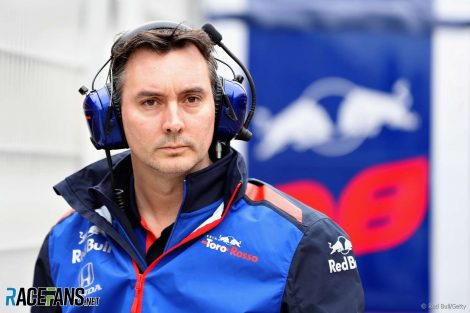 Key: “We got more than we expected”Another factor in play was how close this year’s midfield battle is. Even a comparatively small gain in lap time yields several positions on the grid.

“It’s so tight in the midfield all of the grid positions. If you look at lap time two-tenths is in reality nothing but it’s front-to-back of the midfield battle. So I think the balance of power will shift around depending on circuits, how good the drivers are at particular circuits, and the tyres. All these aspects that play into a weekend’s performance.

“If our drivers are new to a track and they have to learn it, Friday’s going to be a learning day so we’re not really going to see full performance at the end of it, necessarily.”

As Red Bull’s “kindergarten”, to use team principal Franz Tost’s description, Toro Rosso has plenty of experience with the inexperienced. Gasly and team mate Brendon Hartley made their debuts at the end of last season and began 2018 with a combined nine F1 starts to their names.

However they have demonstrated their pedigree in other categories: Gasly is a GP2 (now F2) champion, Hartley a Le Mans 24 Hours winner and World Endurance Champion. Key believes having inexperienced drivers is less of a handicap for teams now car development is so data-driven.

“I think there’s ways of working with those drivers to circumvent the lack of experience they have to a certain extent,” he explains, “it puts more pressure on the engineering side but you can still do that. There’s a lot of data thrown at cars now, you’re not relying on the driver to develop the car or anything like that you can do it yourself.

“Where the driver really plays a role, particularly at race weekends, is identifying a certain trend of situation. When a driver goes half a second slower than you expect but he says ‘don’t worry, by the time I get to qualifying (I know where it is) you’ve got this level of feedback you need. For example Carlos [Sainz Jnr] was at that level when he left us last year.”

The team’s experience in switching between drivers is matched by its familiarity with changing engine brands. Since the current V6 hybrid turbo rules arrived in 2014 they’ve only kept the same engine from one season to the next once, while most of their rivals enjoyed consistency.

Changing suppliers in this era of highly complicated power unit installations is a daunting task, as McLaren has discovered in switching from Honda to Renault. But it’s a change Toro Rosso is now very familiar with.

“This is the third engine in three years, no other team does anything like that,” says Key.

“They’re all different installation so we’ve been through the mill with that. As a result we know how to work together to deal with that. McLaren had the same challenge in reverse, I suppose.

“We’ve got a method of doing it, we go through our planning process, we delay things as much as we can, we re-plan everything. I think we’ve changed the order of things as well so what had to be an early release before becomes a late release, we compensate for it.”

Switching from a customer to a works engine supply brought additional opportunities, such as the ability to conduct more dyno testing and “all the things we haven’t done before which takes resources and time and design effort.” However the team had to make greater changes than it did when switching between Ferrari and Renault.

“Taking on a works deal for the first time is working at the moment reasonably well and we’re enjoying it but we’re not set up to do that. That needed a bit of reorganisation and lots of extra hours from people and so on. In that respect that’s not so easy.

“But equally the flexibility we’ve developed internally with the fact that we have to be flexible because the engine change comes at the last minute or there might be a driver change, means that we’ve got enough flexible resource to move people around and just go do it.” 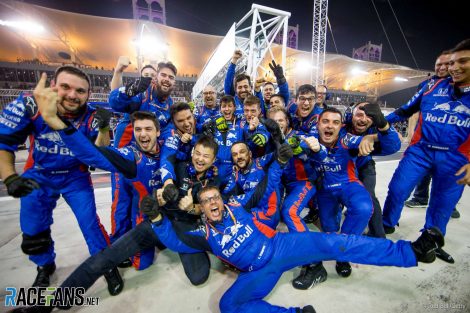 Fourth equalled their best result since 2008Red Bull has made no secret they’re keeping an eye on the performance of Honda with Toro Rosso with a view to using their engines next year. If the power units are at least a match for the Renaults they have now, it would give Red Bull the opportunity to work closely with a manufacturer and benefit from the closer working relationship which comes from being a works partner.

If Red Bull and Toro Rosso were to use the same engine partner again it would also open up the opportunity for them to adopt the ‘listed parts’ model favoured by Haas for Toro Rosso. But Key has mixed feeling about whether this is a route the team should go down – and whether it’s a positive for the sport.

“If you put your business hat on, yes it is [positive], because it allows new teams like Haas to come on board and have a competitive car [and] they don’t have to spend a ridiculous amount of money to replicate what everyone else has done.

“With your engineering hat on, no, because it really is a competition between manufacturers as well as drivers.”

If Toro Rosso turned into the Red Bull-Honda equivalent of Haas, perhaps results like that fourth place in Bahrain wouldn’t feel as satisfying. “I think what’s often missed is engineers, particularly in F1, are very competitive people,” says Key.

“On a personal level I would like to be the best team leader and team player that I can on my terms and go and win championships. But from a company point of view and a business point of view if the listed parts route is more sensible then given that we’re funded by a company and a business who’s extremely generous towards us, you look at it that way.

“It’s a bit like being number one or number two driver, everyone wants to be a number one driver and that’s the same with engineers.” 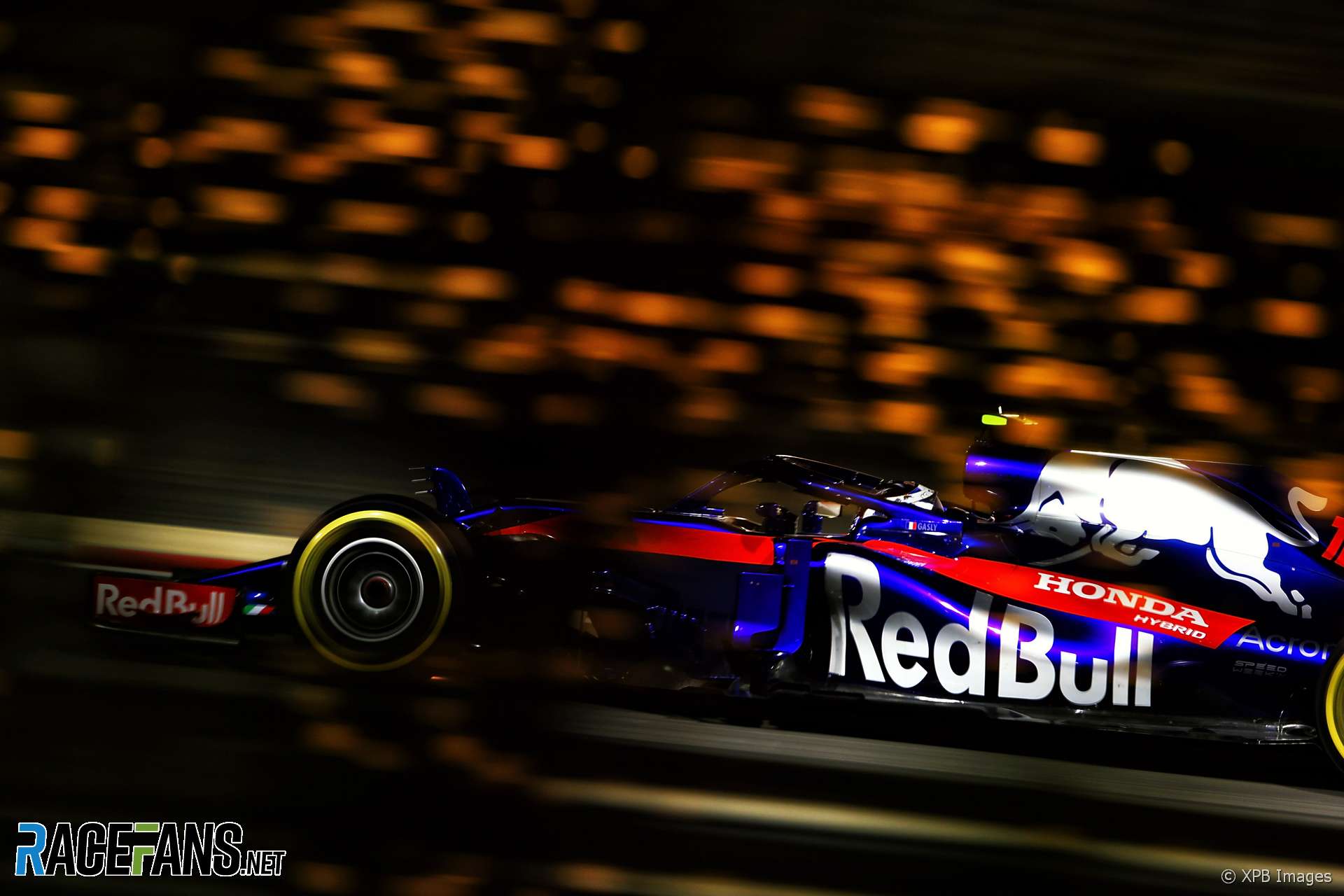