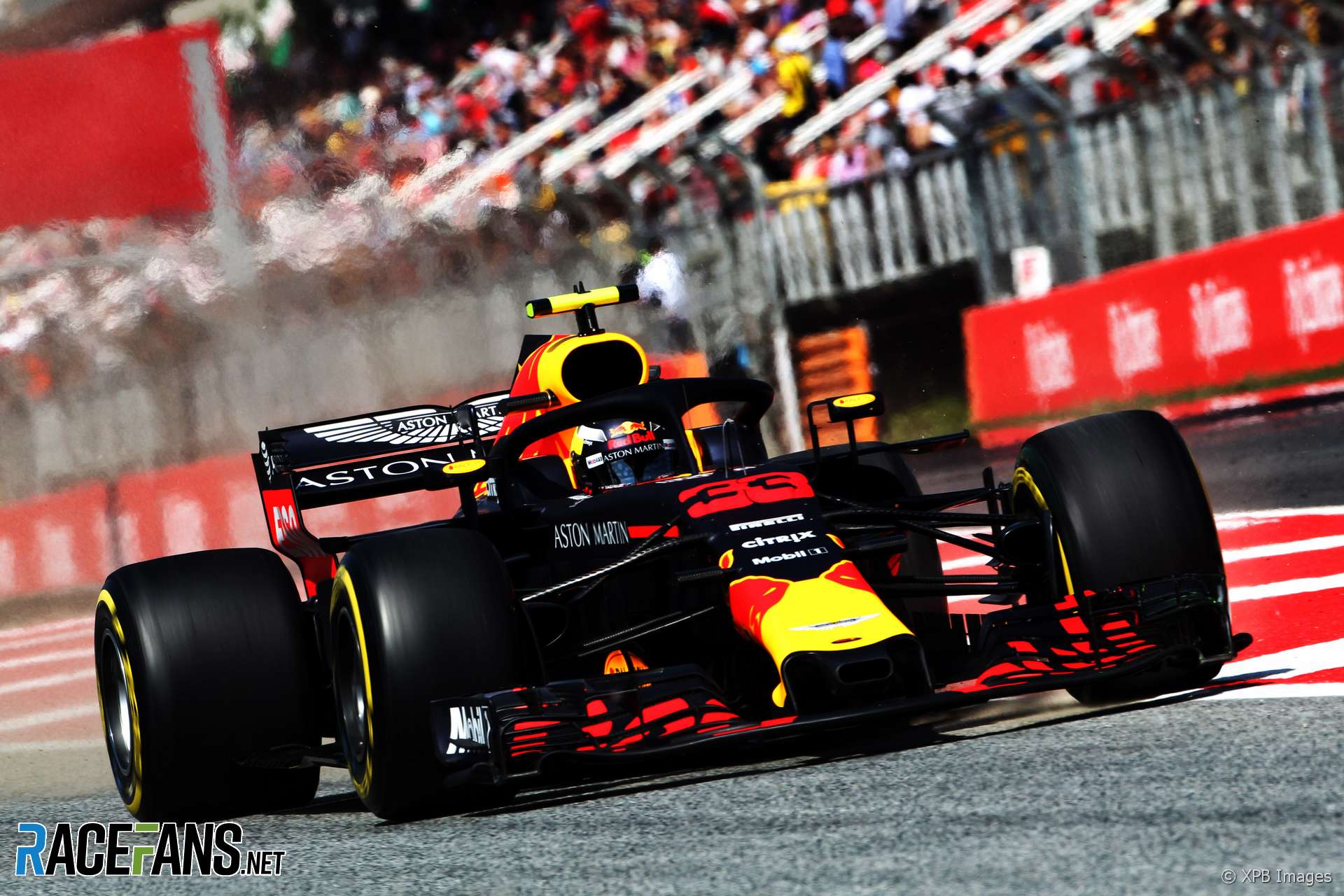 Max Verstappen says he is happy with the upgrades that Red Bull have brought to the Spanish Grand Prix which have provided more overall downforce to the RB14.

Despite qualifying fifth on the grid for tomorrow’s Spanish Grand Prix behind Ferrari and Mercedes, Verstappen believes the improvements made to his Red Bull will prove beneficial over the coming races.

“It’s just more downforce, front and rear,” says Verstappen. “That was the aim. I don’t think we have necessarily been struggling on the front or the rear, but obviously overall downforce is always good.

“The car, especially in the last sector, we look really good. So that’s shows a lot of progress for Monaco too, looking ahead.”

Despite the upgrades, Red Bull were unable to challenge for pole position in Barcelona, eight tenths of a second off Lewis Hamilton’s ultimate pace.

When asked why the team were so much further away in the final session, Verstappen put the difference down to power.

Verstappen says he is feeling good about his chances ahead of the race tomorrow.

“Of course tomorrow after some rain coming up tonight it can be a little bit different, but I think our car should be alright,” he says.

“It’s just how are we going to get past – that’s another story on this track. But we’ll find out.”