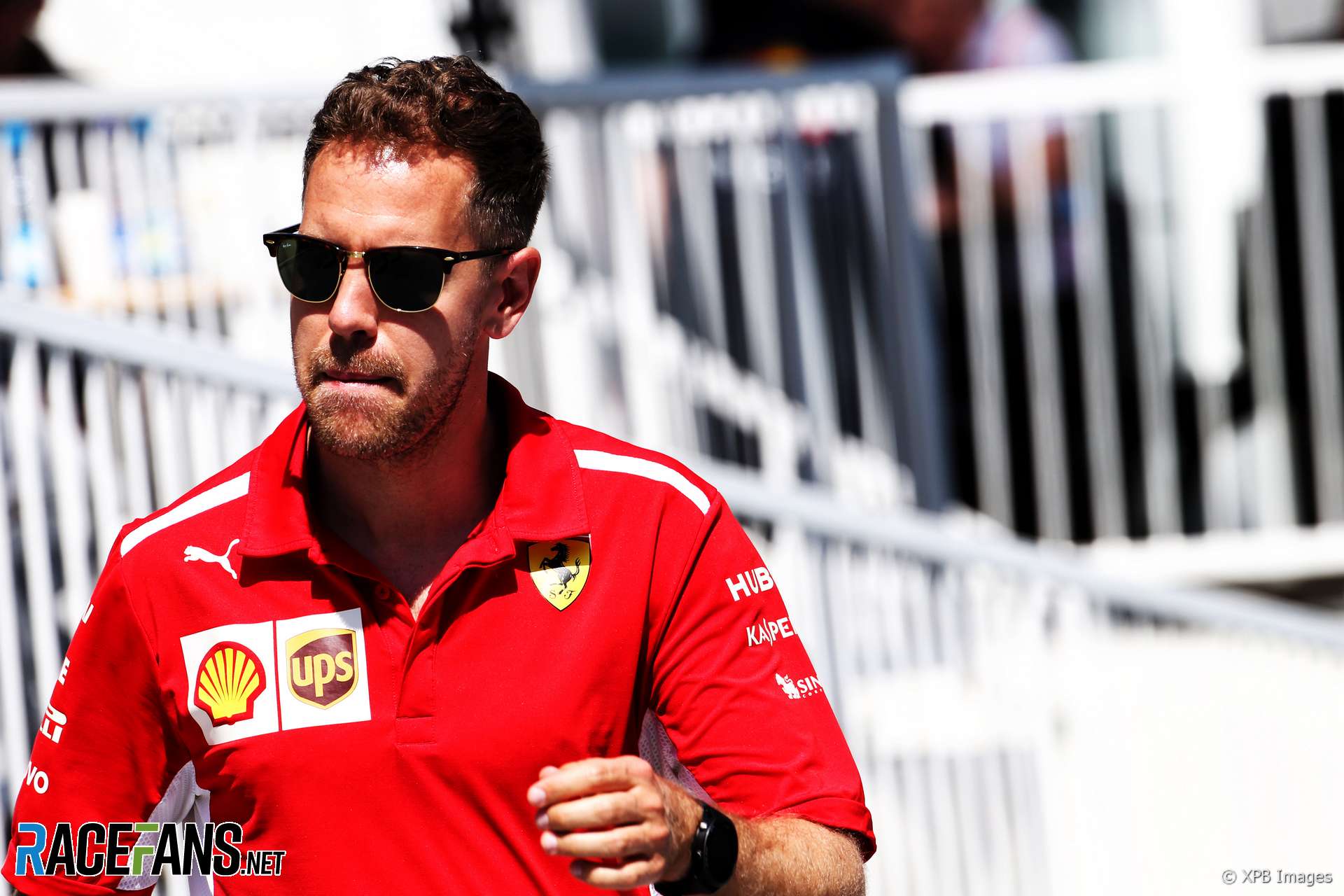 Sebastian Vettel said he is open to Daniel Ricciardo joining Ferrari as his team mate next year.

The pair were team mates at Red Bull in 2014. Vettel endured a win-less season while Ricciardo took three victories and out-scored his team mate in the championship.

However Vettel said he does not object to Ricciardo being his team mate again.

“I don’t mind,” he said. “We worked in the past for one year which was a scrappy year for me.

“In general I’ve known him for a long time, he’s a good kid. Obviously he had a good race in China, it’s good for people to see.”

Ricciardo today denied claims he has a deal in place with Ferrari to join them in 2019.

In China Ferrari appeared to use Kimi Raikkonen to aid Vettel’s attempt to win the race. Ricciardo said he would not be content to perform a ‘number two’ role at a team.

“These are certainly things that, wherever I may be or go, I would always make sure that there was some clarity. I wouldn’t want to go somewhere where I didn’t feel I had a chance.

“At the moment what I’m chasing is to try and be world champion. That’s my goal, my dream, something I really believe I’m capable of, so if someone said ‘we’ll let here but you can’t do this’, that’s not an attraction option to me.

“Is that the case somewhere? I don’t know. I honestly don’t know what’s going on with other teams. At Red Bull there’s always been really good clarity and I would say fairness, since 2014, since I’ve been there. That’s been certainly a nice environment and I would expect that environment everywhere.”