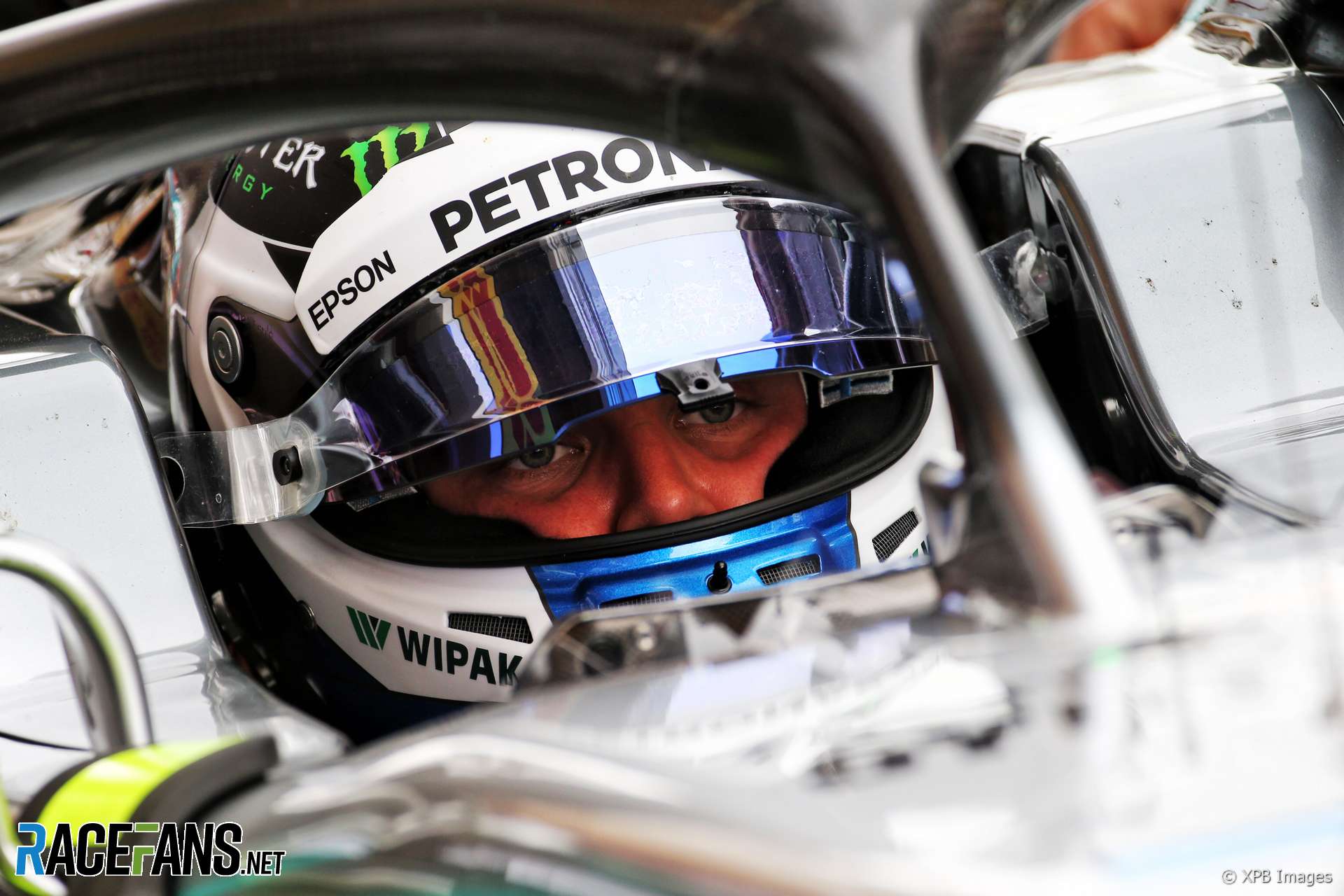 Bottas also said he hopes no more bad luck will come his way after a piece of debris cost him victory in Azerbaijan.

I think this year I’ve been meeting more or less my targets with the performance for the beginning of the year. I’ve been able to continue the good performance since the end of last year and there’s been no weekends that I’ve been really way off the pace like there was a few last year. So I think I’ve learned from those.

I need to continue my development. There’s never things that you can’t learn more. I still hope I keep improving. But there’s been mixed races and the end results haven’t been really I feel sometimes quite there that I think would have been possible with the pace we had. And also like [last Sunday] the gap to Lewis [Hamilton] was huge but I think there’s many things that affected that today. So I’m happy and I know we can win races, I know the speed is there for that this year, it’s just extremely difficult but it’s possible and it will come.

We’re so early in the season. I hope I’ve had my bad luck for the year. At least for us we’ve got a good edge on Ferrari this weekend with the points. At least I got closer to Sebastian [Vettel] with the points, ahead of Kimi [Raikkonen], so that’s good. It’s still early on so I don’t really want to think about the points I just want to focus race by race.

Fantastic turnout to celebrate the life of our friend and motorsport guru Henry Hope-Frost at his beloved Goodwood. #FEVER pic.twitter.com/Ydx558fGGk

Ferrari’s wing mirrors banned and this is part of F1’s problem. FIA says they got aerodynamic gain.Teams use legions of aerodynamcists but when they do something imaginative, it is banned. Dump the rule book let innovation begin, then see the peope like Adrian Newey light up F!.