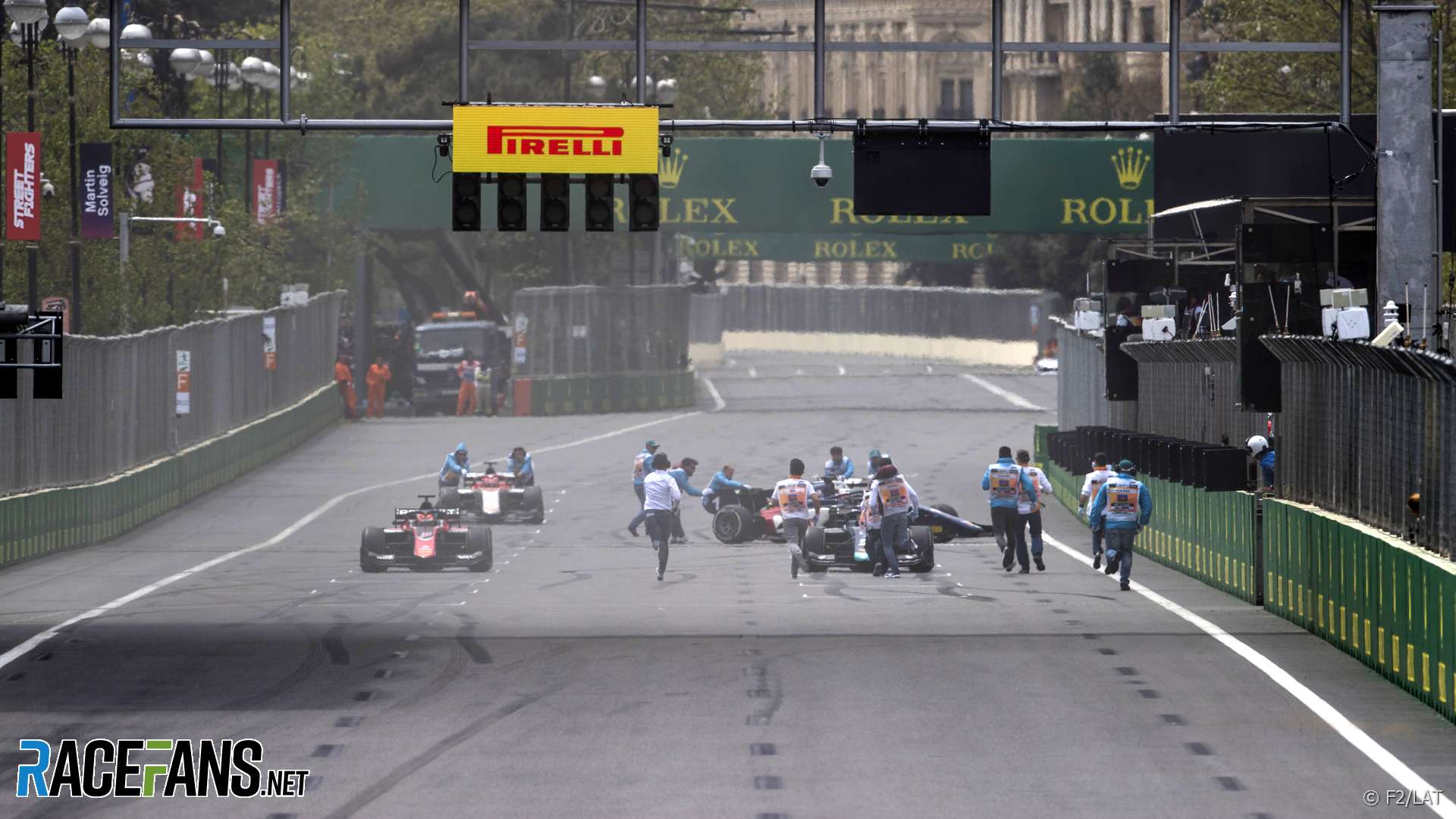 Formula Two faces a race against time to identify the cause of a spate of stalls which have blighted its new car.

Five drivers failed to get away at the start of its most recent race on Sunday in Azerbaijan. Several other drivers suffered stalls during the previous three races since the new car was introduced.

With only one more round before the drivers head to the narrow confines of Monaco, where a stalled car would be especially dangerous, a test is being conducted this week to identify potential improvements to the cars.

“The problem as I’ve had it explained to me is that they can improve the mapping of the clutch paddle and the way the clutch itself works,” explained FIA race director Charlie Whiting.

“There is a problem there, they understand that, and they’re going to run the F2 test car this coming week in order to try and find some things that they can improve and have it ready for Spain.

“It’s a wholly unsatisfactory situation, though, and it Monaco it will be a whole different story.”

Formula Two championship leader Lando Norris, who stalled his car on the formation lap during Saturday’s feature race, explained the difficulty drivers faced with their starts.

“It’s not super-complicated, it’s just a very fine line between holding the clutch too much in – and revving and having no drive – to just getting to the bite point, and to being completely out of the bite point and basically stalling.”