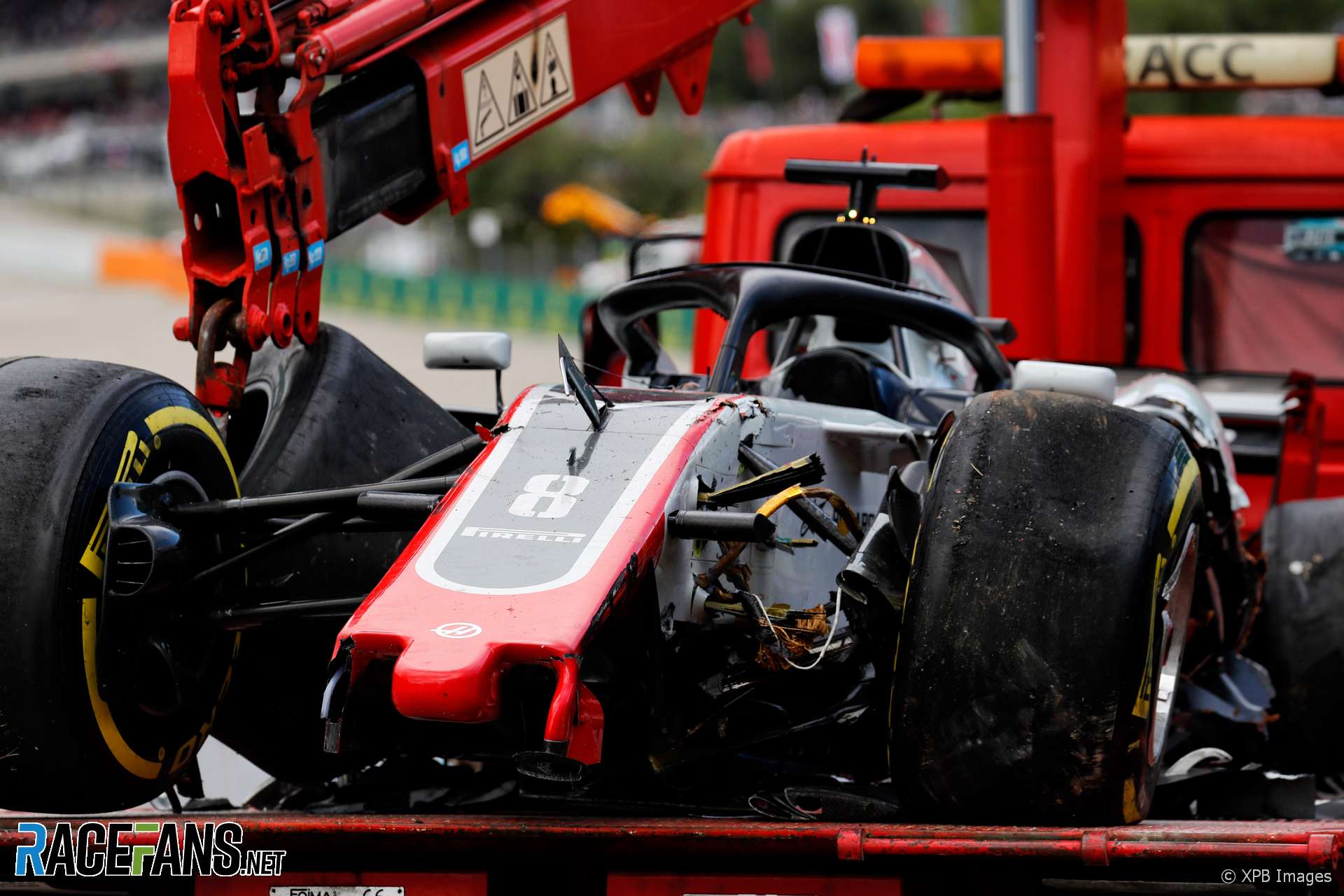 Romain Grosjean says he could not have avoided being hit by other drivers when he crashed on the first lap of the Spanish Grand Prix.

The Haas driver lost control of his car at turn three. He continued to accelerate as the car spun into the pack in a cloud of smoke, where he was hit by Nico Hulkenberg and Pierre Gasly. All three retired from the race.

Grosjean said accelerating instead of braking in response to the spin was a normal reaction and claimed braking wouldn’t have stopped him sliding in front of other cars.

“I lost the rear end of the car and I tried to put it back as long as I could, it just didn’t work,” he told Sky.

“If I had braked, the car would have [slid] the same way. So I tried to stay on throttle spin it and at least not face a lot of people. It didn’t work.

“I don’t think there was anything different than that [to do]. I guess it’s quite a normal human reflex if you look at [Nico] Rosberg in Malaysia in 2016 with [Sebastian] Vettel, Michael [Schumacher] in Abu Dhabi in 2010.

“Honestly if I had braked I think I would’ve stayed in the middle and it would have been the same thing. Unfortunately once the car started to go forward again going onto the track it was very difficult.”

Grosjean remains under investigation by the stewards over the collision.