Formula One circuit designer Hermann Tilke denies claims his layouts do not promote good racing and says his changes to the Nurburgring show why.

Speaking to RaceFans in an exclusive interview, Tilke said it was “not true” that overtaking is more difficult on tracks he designed.

“Look to the Shanghai race this year, look to the Bahrain race this year. What happened? Overtaking. Also with these cars, which is really very difficult to overtake. And look to Austin. Always overtaking, and always wheel-to-wheel fighting. So this is just not true.

Tilke said the changes he made to the Nurburgring grand prix circuit in 2002 show overtaking can be promoted by adding slow corners to tracks.

“The first version of the Nurburgring was at the end of start and finish, it was a chicane,” he explained. The quick Castrol S curve tended to make the cars run “one behind the other and a long gap between”, he said.

“So this is the first thing where you can spoil a race during the start. And then we made this sharp corner and very wide.”

“You have this, and then again you have a slow corner. This brings the field together again, like an accordion. This works in 70, 80% of the cases. [Then] after the start, after one lap the cars are close together. And then you can overtake.”

Overtaking in F1 so far 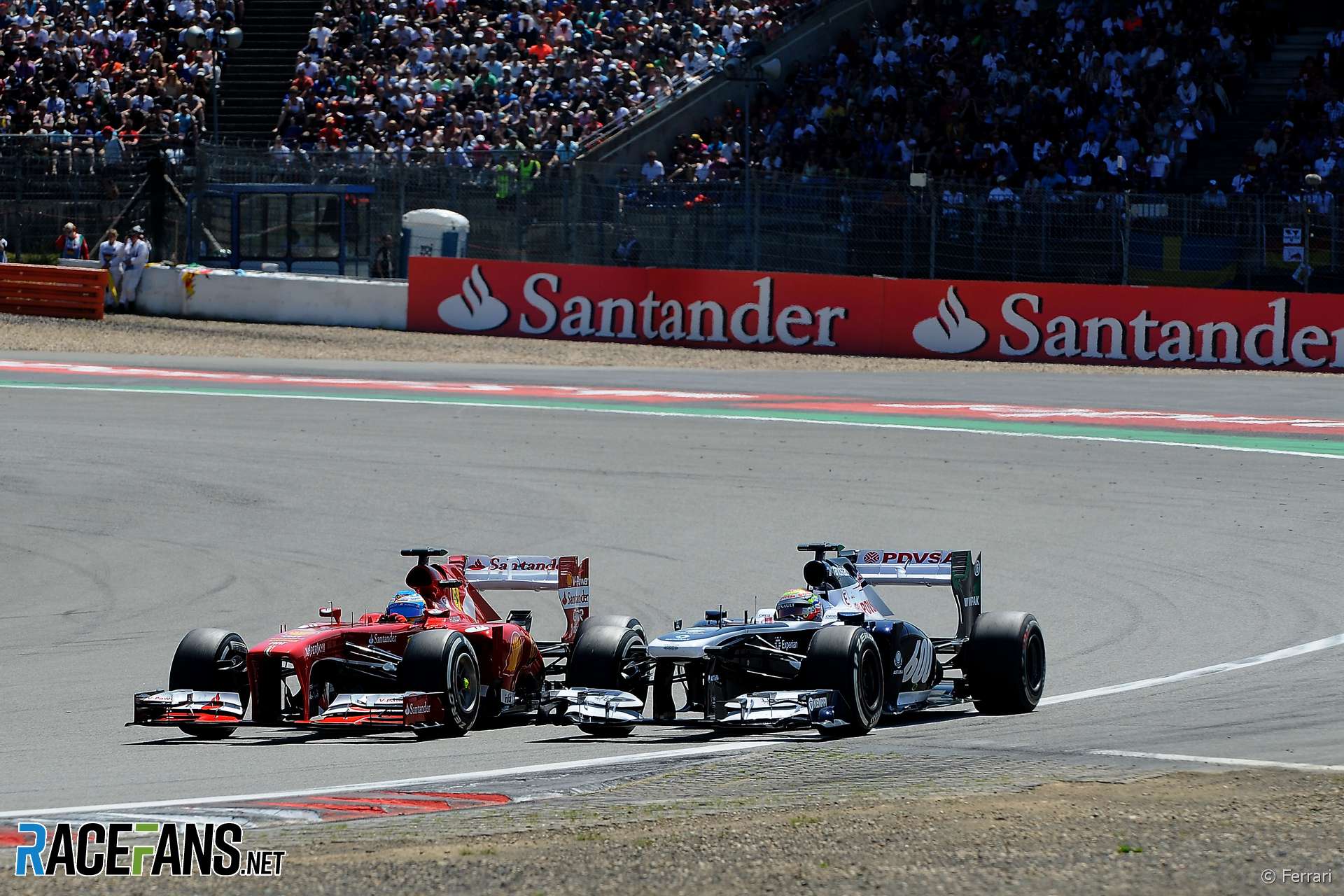 Better by design? Fernando Alonso and Pastor Maldonado go wheel-to-wheel at the Nurburgring in 2013