In the round-up: Pierre Gasly says Toro Rosso struggled with a lack of straight-line speed in Sunday’s race.

Despite a lack of straight-line speed and difficulty getting the ultra-soft tyres to work, Gasly believed he had a chance of scoring points before his collision with Kevin Magnussen:

I think first lap was good and with all the mess around I was P10 or P9. So really happy about that because I was in a good position.

And then after that was really a difficult situation because every lap I got overtaken in the straight even before the DRS zone and was massive delta of speed. We struggled with the speed in the last sector all weekend but then in the race was even more difficult. So pretty frustrating part of the race.

And then I don’t know, we didn’t really have the pace in the middle so switched to soft, got a bit better but wasn’t really good. But we knew that until the end everything could happen and then actually it happened, Safety Car we pitted and then we were P11 so I knew points was on the table.

I’ve just gone through a thorough set of photos of the damage that @alo_oficial‘s suffered on the first lap. It makes it even more incredible how he managed, not only to finish the race, but to push as hard as he did. Hats off.

Baku City Circuit (BCC) today announced that 94,000 Formula 1 fans attended the racing action and nightly concerts at the #AzerbaijanGP over the course of 4 days. This figure represents a 31% increase in attendance from last year’s race on F1’s fastest street circuit. #F1

In the simulator today. Working hard on preparing futur races! Probably a good way to forget yesterday’s race… And focus on the positive : our very competitive Haas VF18

Most people in Portugal see milk when they look at this…

I just see Pedro Diniz driving (clinging on to) a @FortiCorseF1… pic.twitter.com/AROBFbSXNv 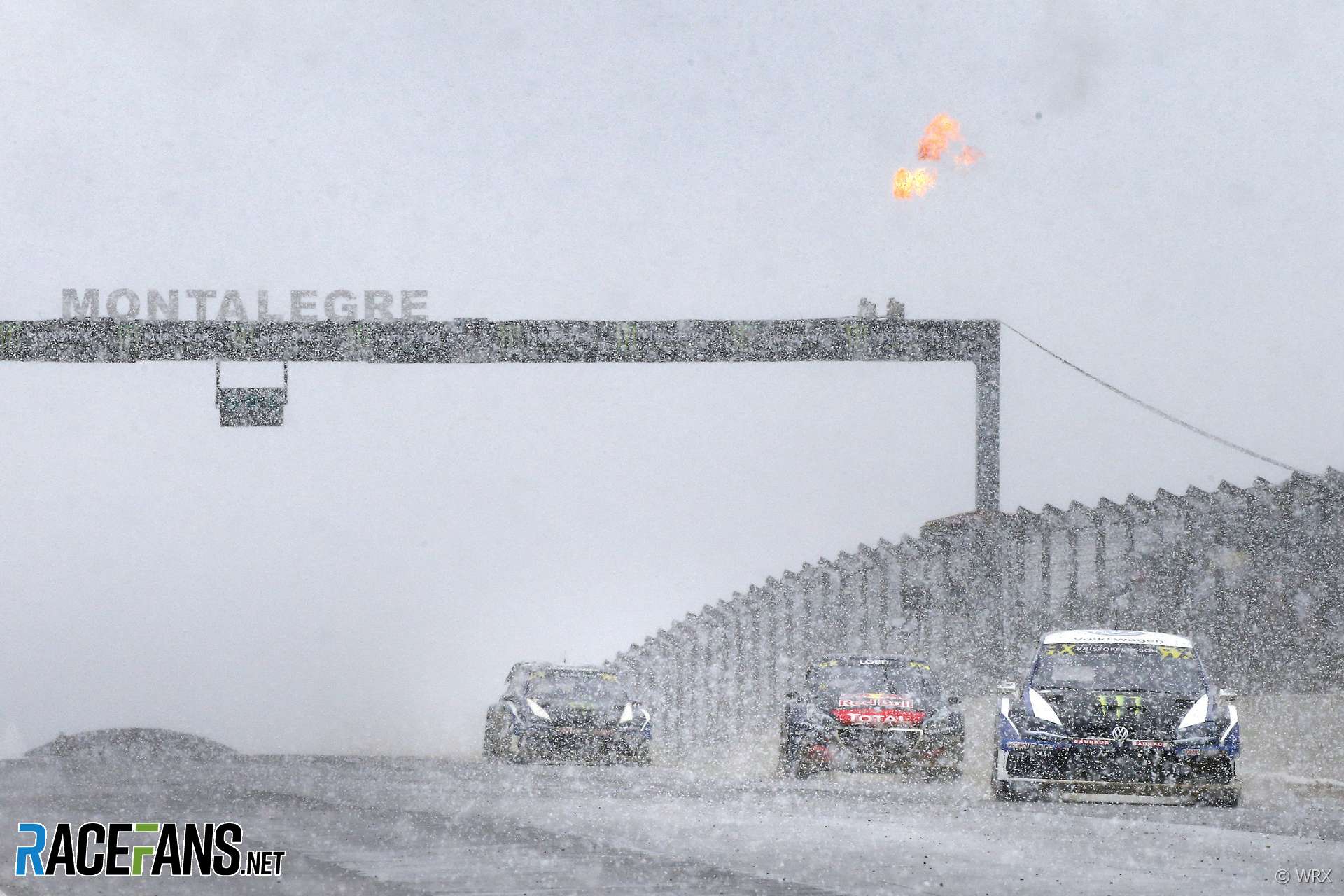 Any F1 drivers who complained about the wind last week should check out the weather which greeted the World Rallycross field at Montalegre in Portugal last weekend. Watch highlights of the snow-hit action – and much more from last weekend – in the new-style, spoiler-free Weekend Racing Wrap: