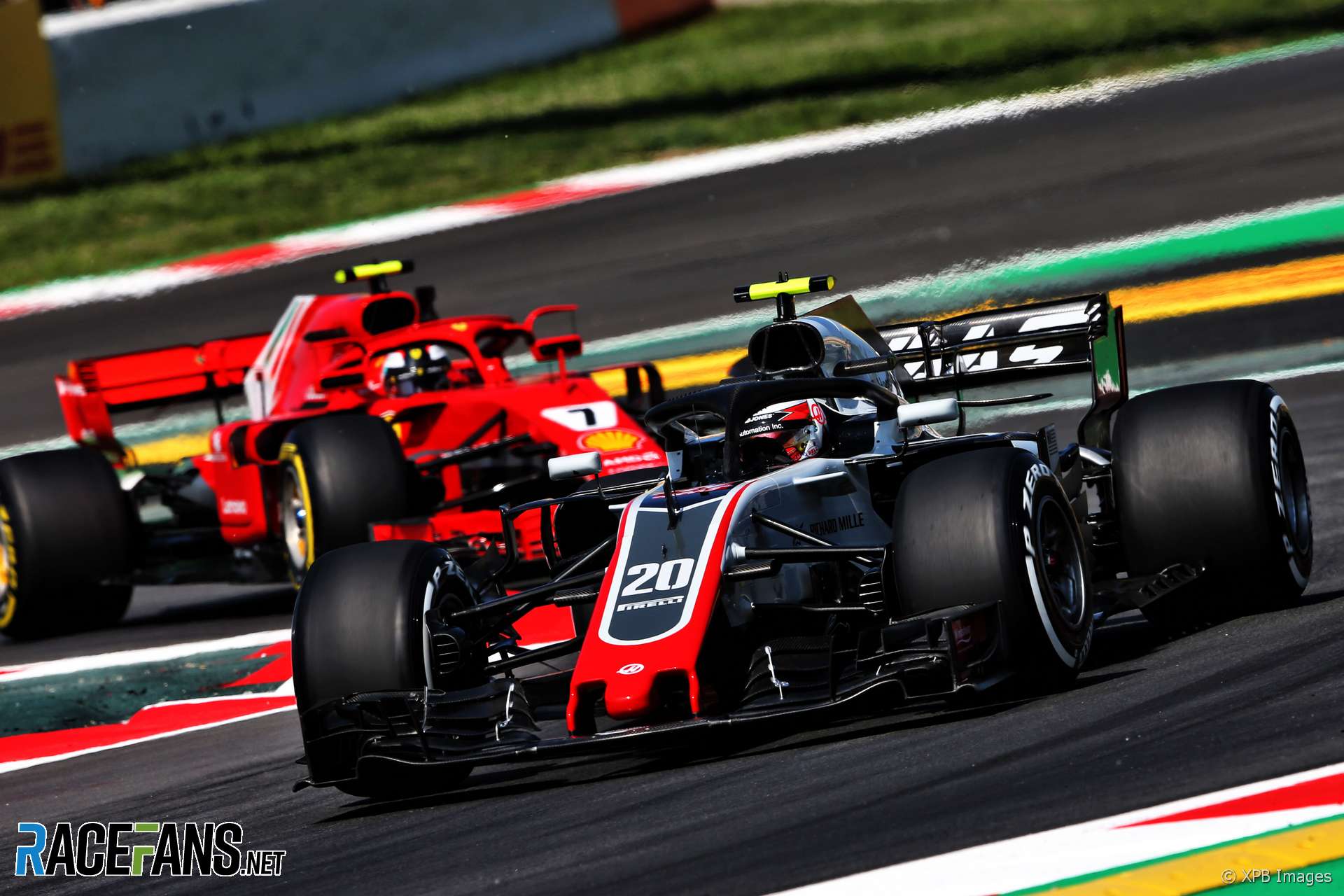 Kevin Magnussen has been given a formal reprimand for his incident with Charles Leclerc during the first practice session for the Spanish Grand Prix.

The stewards cleared Magnussen of impeding the Sauber, as he had backed off due to a yellow flag which had cleared by the time Leclerc reached it. However they ruled his movement towards Leclerc at the end of the pit straight was “potentially dangeroues”.

Magnussen “was unaware that the [yellow] flag had cleared and that the driver of car 16 [Leclerc] who was immediately behind him had not aborted his lap as he had not been in the sector when it was yellow,” noted the stewards.

“The stewards accepted this explanation and found that there was not a case of unnecessarily impeding.”

“However, the Stewards reviewed the manoeuvre of car 20 [Magnussen] at the entry to turn one, where the driver of car 20 moved to the right in front of car 16 which was overtaking at the time. While the cars avoided a collision, the stewards deemed the manoeuvre to be potentially dangerous and unnecessary, and therefore a breach of article 27.4 [of the sporting regulations].”

Magnussen’s reprimand is the first he has received this season. He is already on eight penalty points for the current 12-month period, which is the most of any driver.