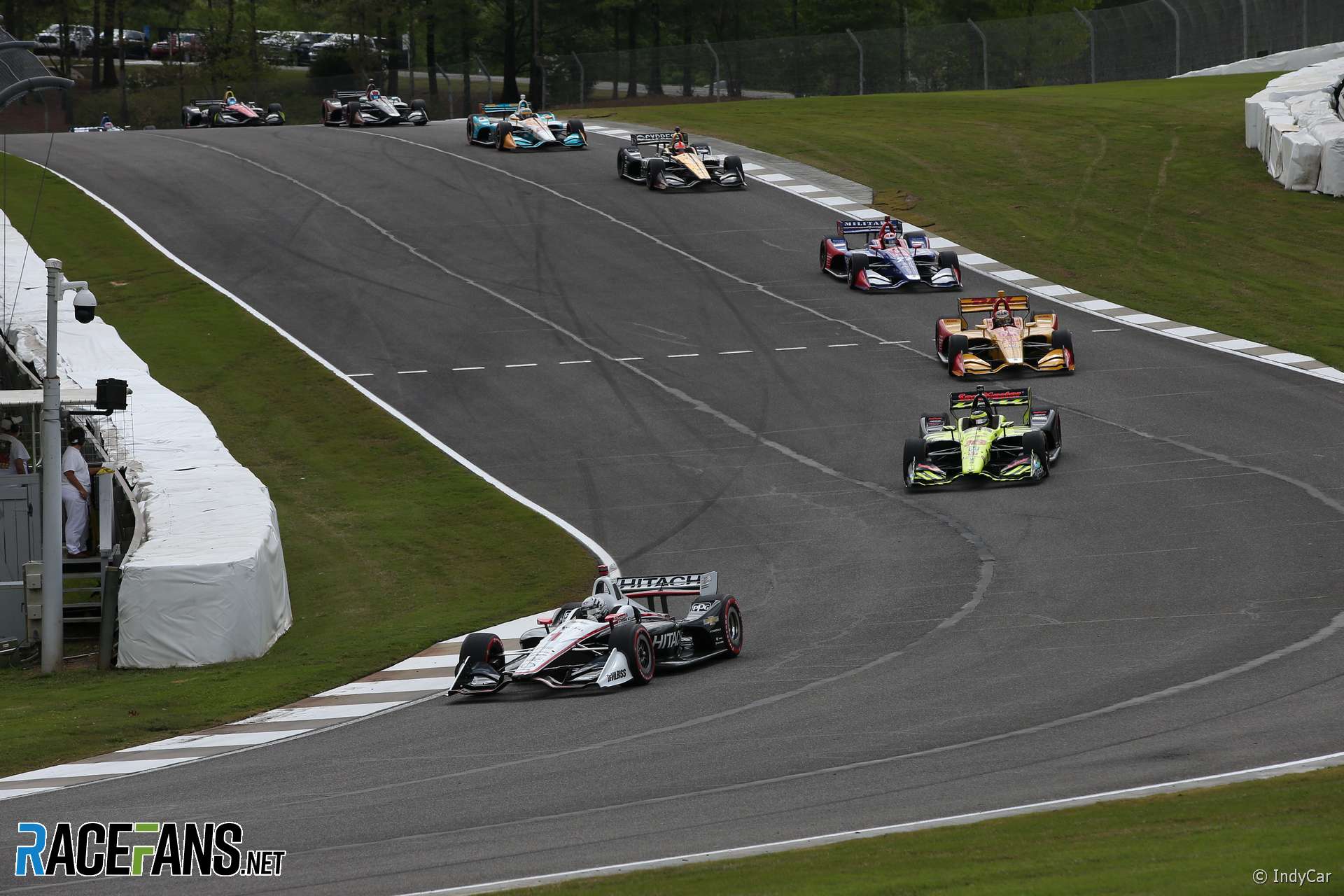 Josef Newgarden won a dramatic finish to the Grand Prix of Alabama after rain fell in the final 15 minutes of the race.

The Penske driver had opted for a two-stop strategy for the second part of the race which began yesterday. Several of his rivals opted to pit just once in the 75-minute time-limited race.

Sebastien Bourdais led the one-stoppers and stayed out as long as he could on slicks as the rain fell. It took several laps for Newgarden’s wet-shod car to begin beating Bourdais’ lap times, after which the Coyne driver succumbed to the inevitable and followed the rest of the field to take rain tyres. “If it had stayed dry, we’d have won the race,” lamented team owner Dale Coyne afterwards.

Newgarden drove a cautious pace over the final laps, often up to four seconds slower than Ryan Hunter-Reay, but still had 10 seconds in hand as he began the final tour. Hunter-Reay collected second ahead of the two Schmidt-Peterson drivers, James Hinchcliffe leading Robert Wickens.

Bourdais came under attack from fellow one-stopped Scott Dixon on the final lap. He resisted the Ganassi driver’s attack for fifth, Dixon having lost time earlier in the race when he had to make his pit stop with a faulty speed limiter.

RLL duo Graham Rahal and Takuma Sato took seventh and eighth. Simon Pagenaud struggled to make progress after starting the resumed race well down the running order and came in ninth ahead of Marco Andretti.

However it was another weekend to forget for Will Power. He returned to the race following his crash in the first part yesterday but after starting 16 laps down could only manage 21st place.