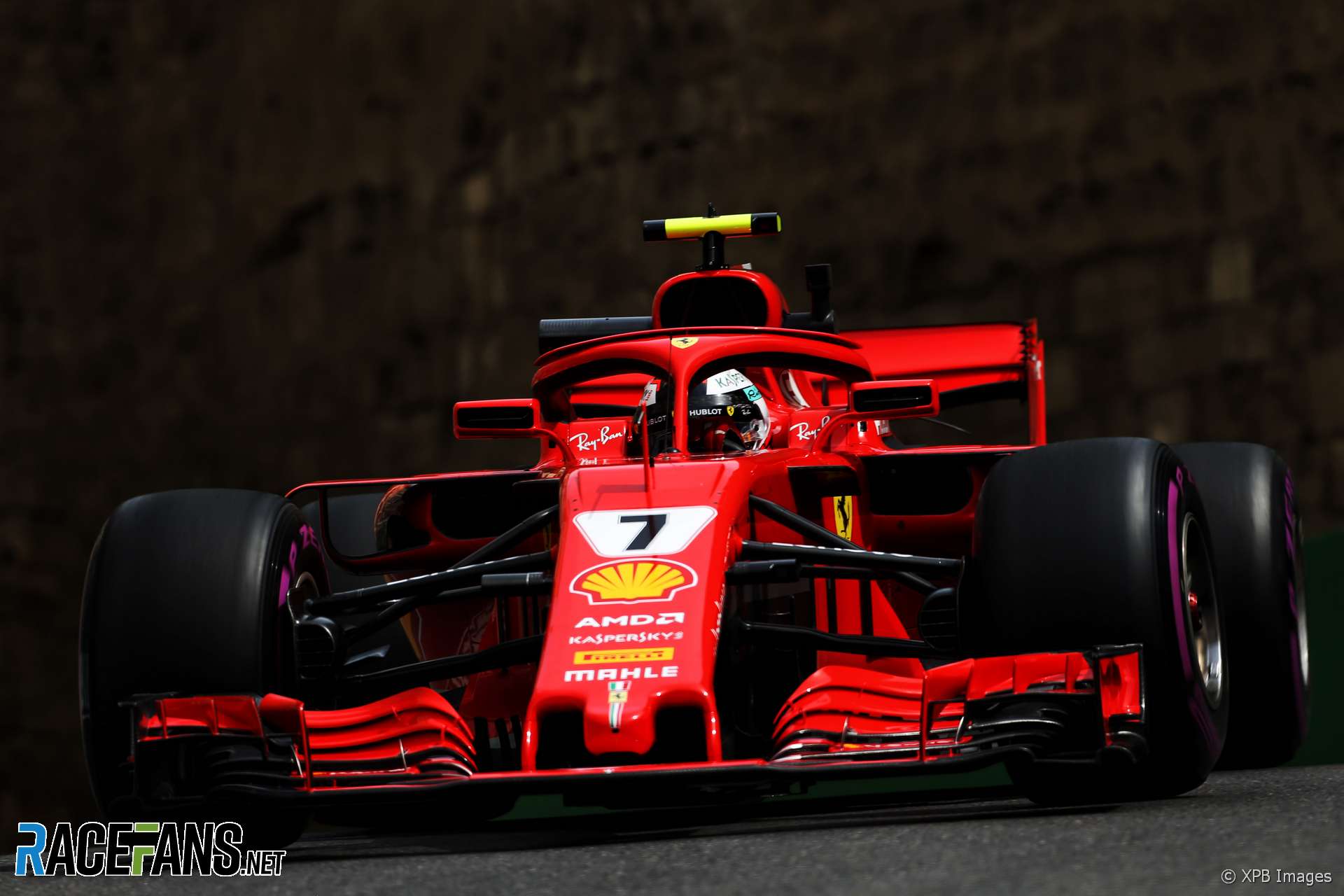 Kimi Raikkonen said the error which potentially cost him pole position for the Azerbaijan Grand Prix was a “painful” mistake.

The Ferrari driver had set the two quickest final sector times before skidding at the exit of the final significant corner on the Baku track. The mistake left him in sixth place.

Raikkonen said he “took it a bit easier on the entry” and didn’t think rear tyre wear contributed to his mistake. “Obviously it’s been a bit tricky with the wind all day,” he said. “I just got sideways, I got it back, but obviously at that point already I knew it was gone because it’s all flat out and long straights.”

He suspect the lap would have been quick enough for pole position had it not been for his error. “The lap was good, for sure was fast enough,” he said. “When you makes mistakes this is what happens. It came easily but the end result is definitely not what I wanted.”

Raikkonen has had a series of frustrations in qualifying this year having come close to pole position at each of the previous races before this one.

“I can only look in the mirror and deal with it and go forward,” he said. “I know that the speed is there but obviously it’s frustrating when we are fast and you don’t get the result that you want. It’s much easier when you know that we have the speed and you know roughly where the speed takes you.

“Today I was pretty easily taking care of it in the last corners and then having that mistake is more painful. It’s not the first time unfortunately and I doubt it’s the last time. It’s just one of those days.”