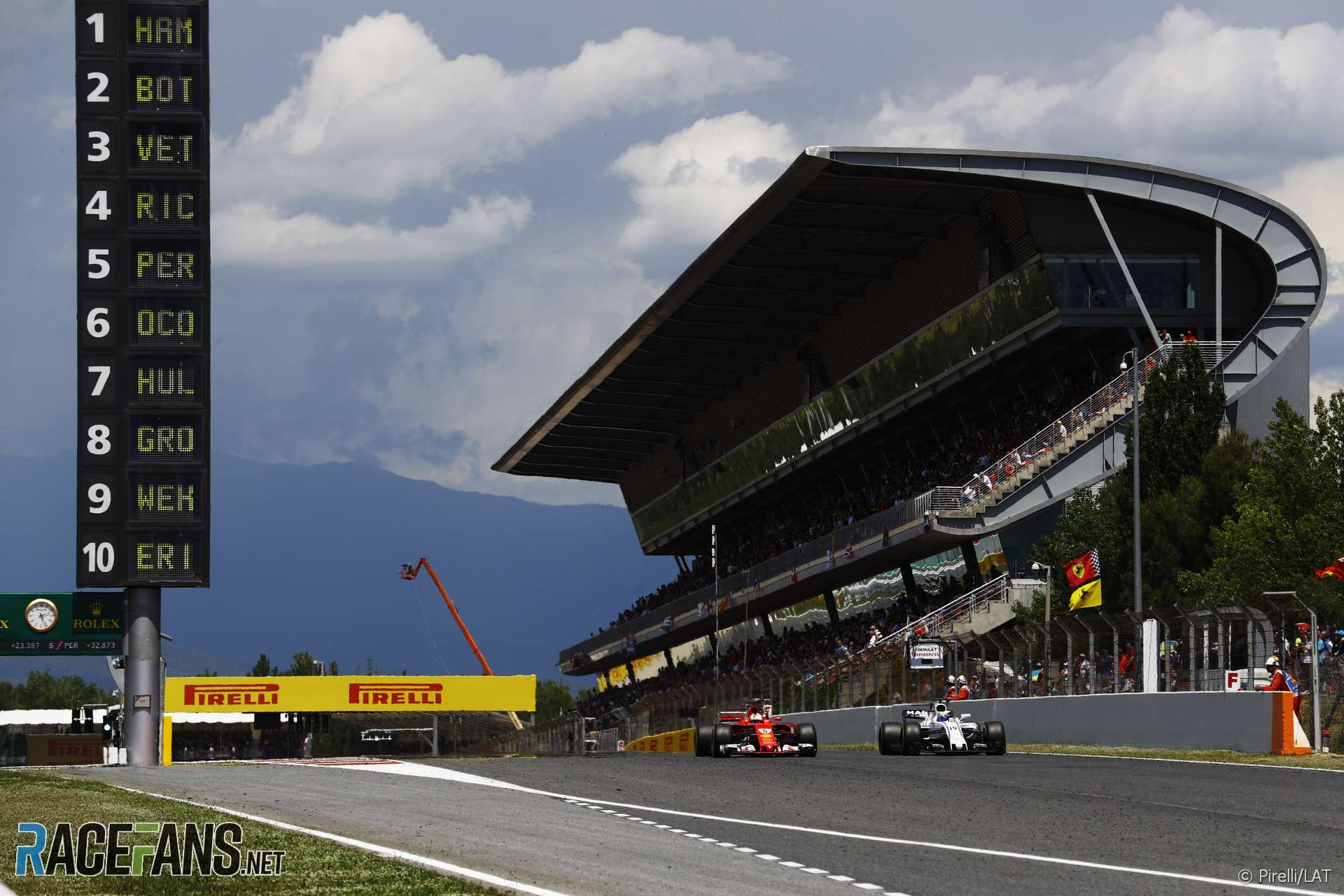 The pit straight DRS zone has been extended for this weekend’s Spanish Grand Prix at the Circuit de Catalunya.

Drivers will be able to activate DRS 57 metres after turn 16, the final corner on the lap, which is 100 metres earlier than last year.

The DRS zones remained unchanged in all other respects. The detection and activation points for DRS zone one are the same as they were last year, as is the detection point for the re-positioned second activation zone.

DRS zones have been tweaked at several circuits this year as aerodynamic development has made it harder for cars to follow each other closely. This will be addressed with new rules for the 2019 F1 season aimed at changing front and rear wing designs.

The Circuit de Catalunya is considered one of the most difficult circuits for drivers to overtake at. Last year’s race saw 36 overtaking moves according to Mercedes, 24 of which were achieved with DRS. This was the joint 14th-highest of the season, tied with the Circuit Gilles Villeneuve in Canada.

However Formula One’s official tyre supplier Pirelli pointed out the track has changed significantly due to re-surfacing in the off-season, which could have a bearing on the race.

“Barcelona isn’t exactly like going to a new circuit for the teams,” said sporting director Mario Isola, “but the changes to the surface are still significant enough to alter some of the track’s fundamental characteristics.”