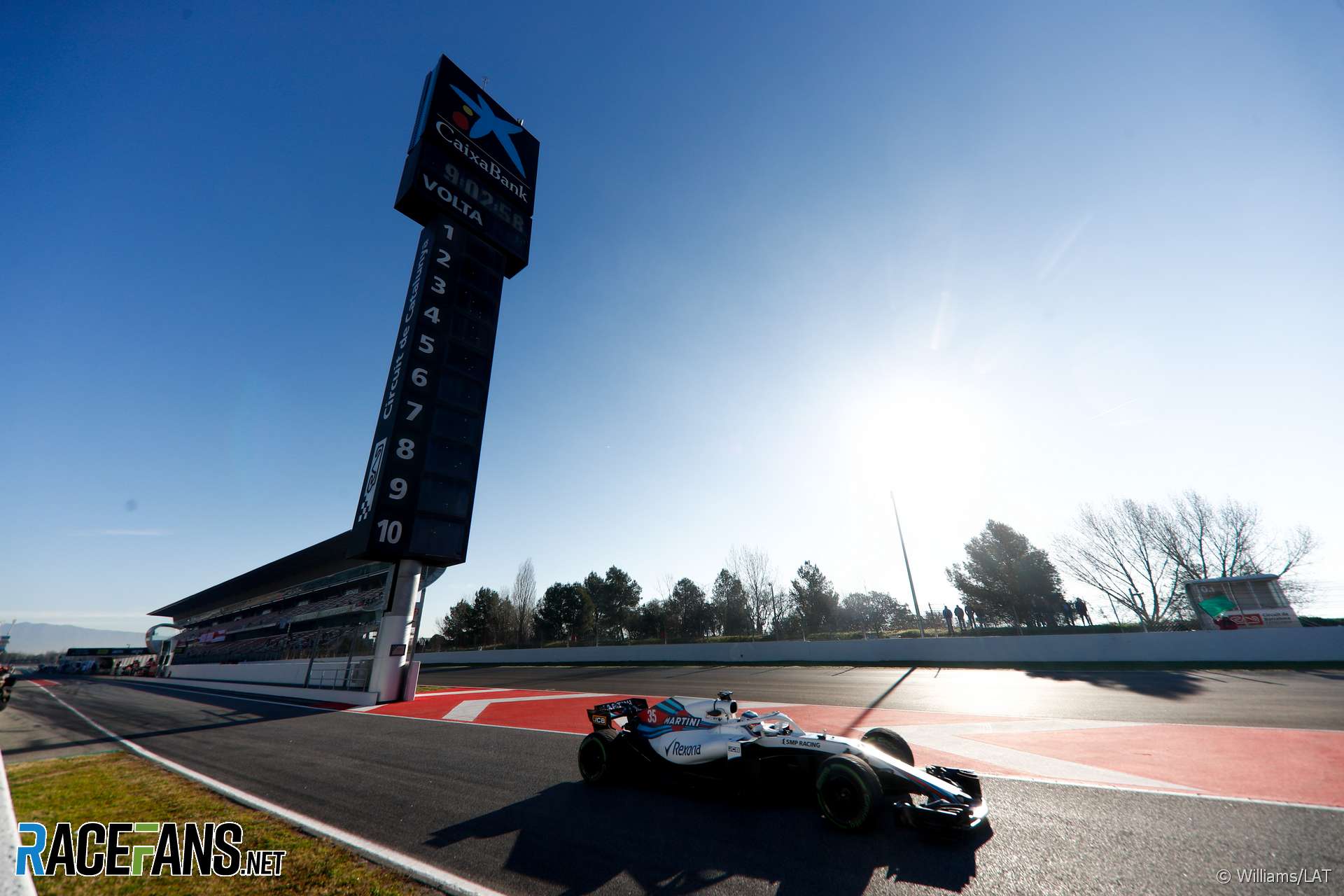 Rain is expected during the Spanish Grand Prix weekend but current forecasts indicate it won’t fall during Sunday’s race.

There is a strong probability of a sustained period of rainfall from Saturday night lasting into Sunday morning. Although this is likely to stop well before the race begins at 3:10pm local time, it could have a bearing on the morning’s support races.

The weekend’s track action will begin with a warm, sunny Friday in marked contrast to the snow which fell on pre-season testing at the track three months ago.

Air temperatures are forecast to exceed 20C. Track temperatures on the new, darker surface at the Circuit de Catalunya, are likely to be higher than last year when they peaked at 47C during the weekend. This is part of the reason why F1’s official tyre supplier Pirelli has brought new, thinner tyres for this weekend’s race, to help control heat build-up in the rear tyres.

Saturday will be cloudier and slightly cooler on the whole before the rain arrives around midnight. Several hours of consistent rainfall are expected which will ‘reset’ the track surface, removing the rubber from the previous two days of running. The track could still be damp before the race begins, but as the sun is expected to reappear in the afternoon it should dry up quickly.

For more updates on the track conditions during each session keep an eye on RaceFans Live and the RaceFans Twitter account.