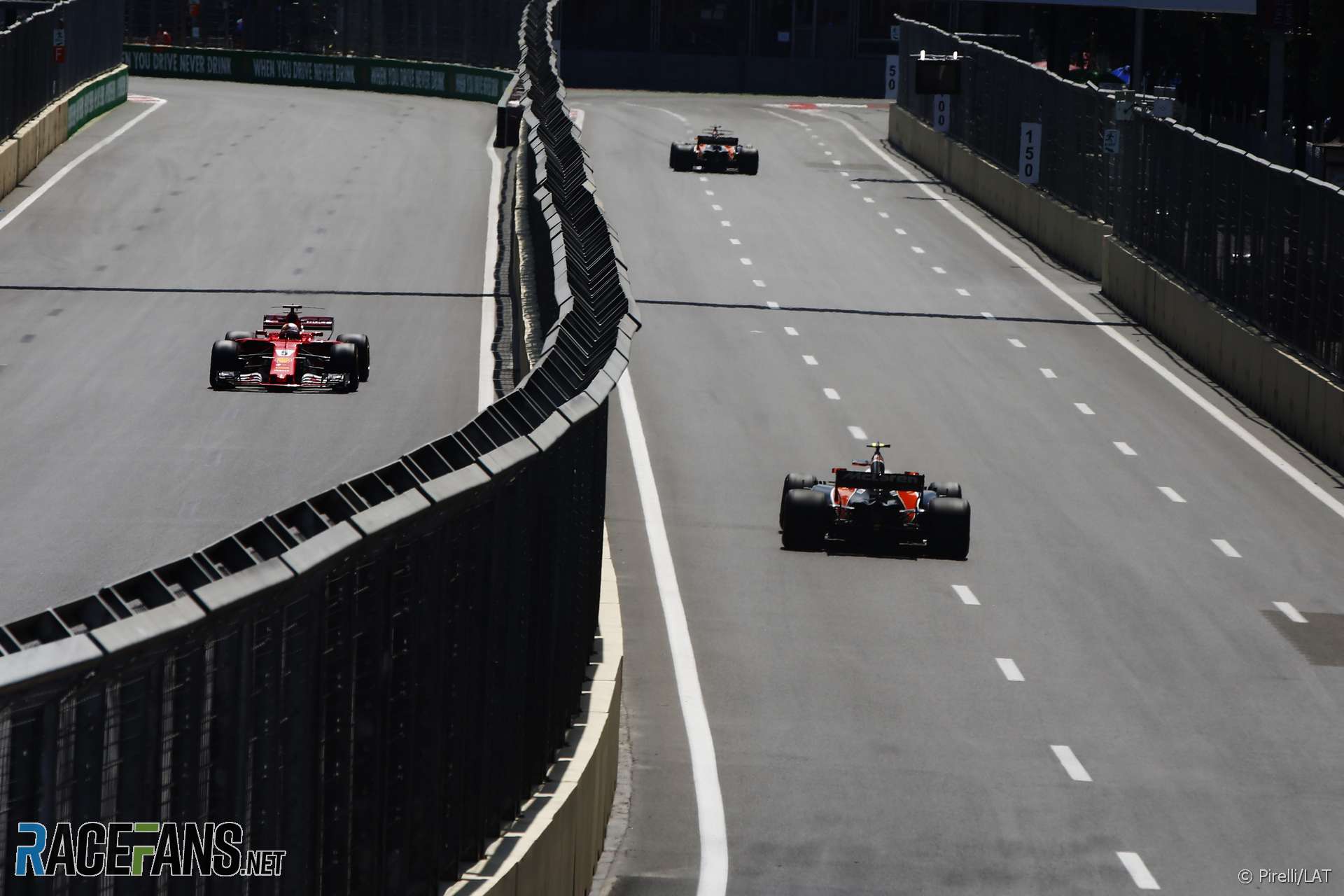 His Red Bull team mate Daniel Ricciardo won last year’s Azerbaijan Grand Prix after several of his rivals were delayed or eliminated in a hectic race.

However the two Red Bull drivers had among the lowest straight-line speeds in Shanghai last weekend. Baku has several long straights and sees the highest top speeds of the year.

“It’s a nice circuit even though it isn’t ideally suited to our car,” said Verstappen. “The straight is so long which means we miss out on some valuable time there.

“Last year I think we managed to drive around our problems really well and therefore be competitive come the race day.”

Verstappen was running fourth in last year’s race when a power unit problem forced him out.

“Last year was a very unfortunate weekend for me,” he said. “It was a shame because the car felt really good but I encountered a lot of problems which ultimately meant I missed out on a potential podium, perhaps even a win. I’m hoping this year I can make up for that lost opportunity.”

Verstappen criticised Red Bull’s TAG-Heuer-branded Renault power units during the Chinese Grand Prix weekend. He said some of the problems he experienced were the same as those he suffered in Baku last year.