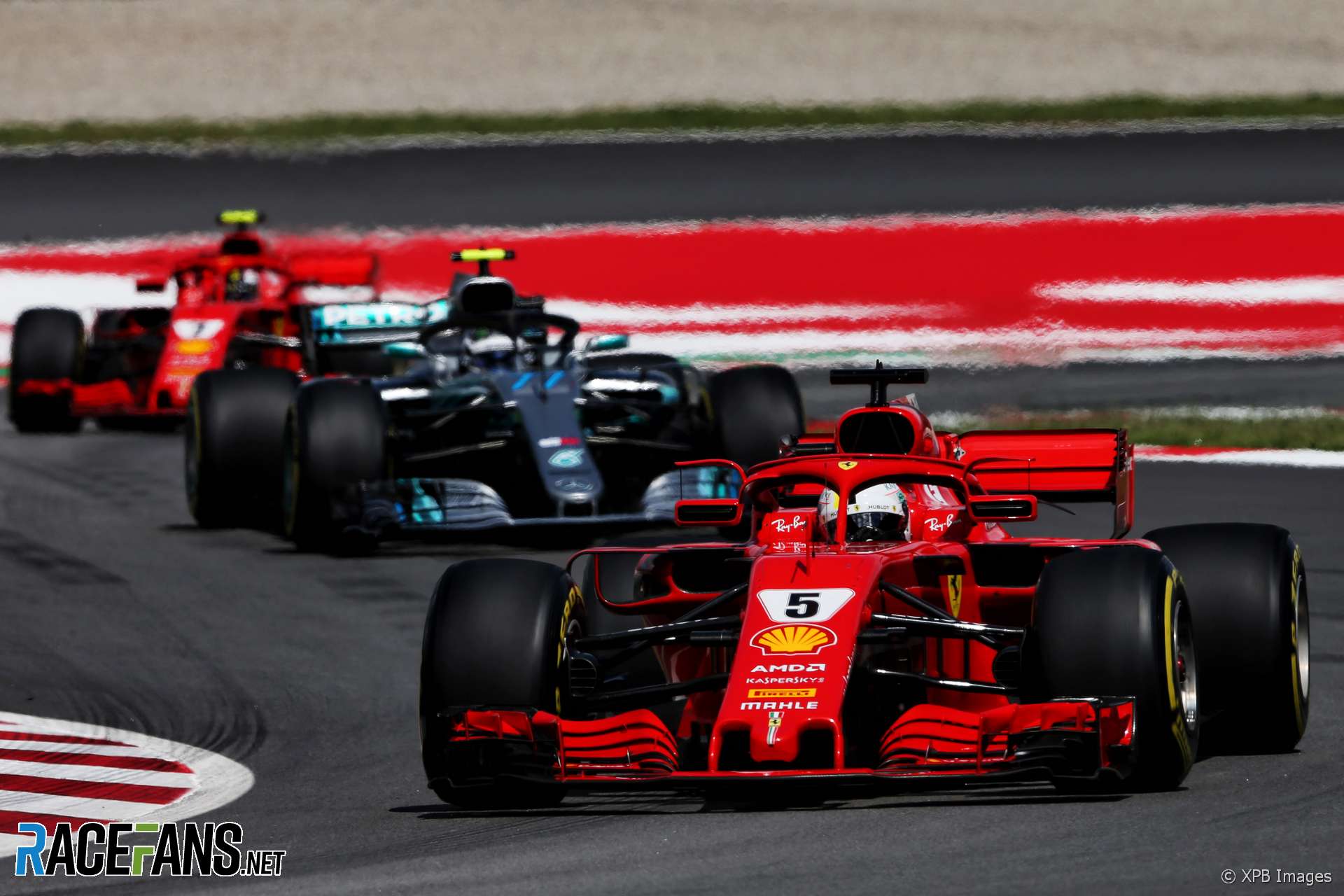 Sebastian Vettel believes the change to Pirelli’s tyres for the Spanish Grand Prix may have disadvantaged Ferrari more than their rival teams.

Pirelli reduced the thickness of its tyres for this race by 0.4 millimetres. Their external dimensions were unchanged because they were produced in the same moulds.

But Vettel believes the revision made the compounds “harder” and may have contributed to Ferrari’s least competitive showing of the season so far.

“I think we struggled all weekend with sliding around a little bit more,” he said after the race.

“Obviously we’ve heard many times that they are the same compounds and they are not harder. But I don’t think you need to be a genius to [work] out that if you if you skim the tyre it ends up being harder. It’s one or the other, we may as well have just run harder tyres. So maybe it didn’t suit our car as good as other cars.

However Vettel added it’s up to Ferrari to master the revised rubber. “It has to suit our car better than other cars,” he said, “that’s the way we want [it].”

Asked by RaceFans whether the tyres hadn’t suited his car, Kimi Raikkonen said it was “impossible to say” whether effect the change might have had.

Vettel also suggested Ferrari may not be developing the SF71H at the same rate of progress as their rivals.

“The last couple of races we were a bit closer in terms of pace,” he said Vettel. “I think we had a car fighting, having a winning pace. We didn’t have a winning pace today, that’s also the reason why we didn’t win, simple as that.

“There are a couple of things, probably [in] the short term we all had our updates for this race, maybe the others have brought more than us. On top of that we had different tyres that maybe suited others better than us.

“But then again what does it help, why find excuses? [The] bottom line is we are not quick enough today to win and that needs to be addressed – not ‘do we have a disadvantage here?’, ‘was this the case, that the case?’, ‘did the Safety Car help or not?’. To the end we weren’t quick enough and our tyres didn’t last as long as others.”