Racing Point says Lance Stroll’s Tuscan Grand Prix crash has left it in a battle to ensure that both cars can run its latest Formula 1 upgrade package in Russia.

Stroll was the only driver to run with the extensive updates to the RP20 in Mugello last weekend, with Sergio Perez originally scheduled to also get the parts for the next race in Sochi.

It is the first major upgrade that the team has made since the start of the season, when it became embroiled in a controversy over its ‘Pink Mercedes’ design.

The team’s plans for the upgrade were dealt a blow on Sunday, however, when a suspected puncture pitched Stroll off the track at the super fast Arrabbiata corner in the closing stages of the Tuscan GP.

The Canadian’s car skipped across the gravel trap and slammed into the tyre barriers on the outside of the track.

The damage to the car was extensive and a lot of the new parts will have been destroyed in the impact. 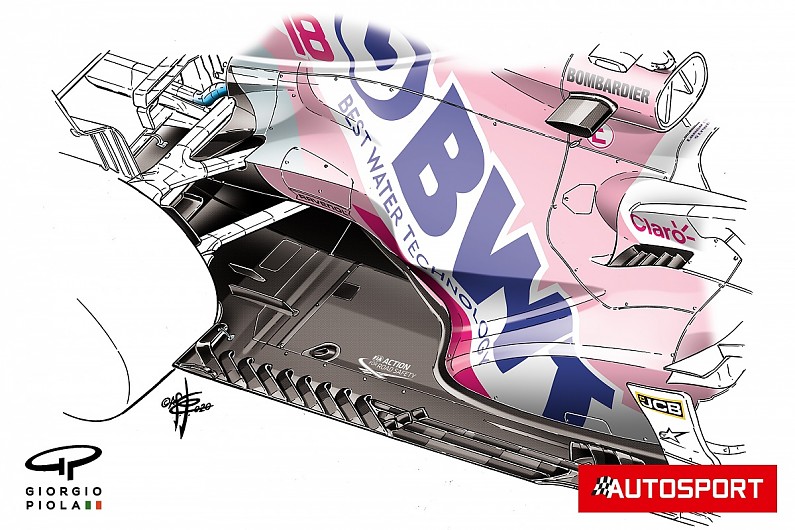 It means that, if Racing Point wants both Stroll and Perez to get use of the upgrades in Sochi, then it will need to speed up its production processes to get everything turned around so they can be flown to Russia in time.

Team principal Otmar Szafnauer told Sky F1: “We’ll have to do a lot of work to get enough parts together for both of them to have the upgrade in Russia.”

Stroll’s ability to be in the battle for the podium in the Tuscan GP has left Racing Point confident that the new parts did deliver the step forward in laptime hoped for.

“It is hard to know [exactly],” said Szafnauer about the lap time difference.

“However our upgrade was meant to be a couple or three-tenths, and that is exactly what the performance difference was.”

Racing Point is currently fourth in the constructors’ championship, just 14 points behind McLaren in what is becoming an increasingly close fight for third place behind Mercedes and Red Bull.