Ferrari has pushed the development of its car’s Halo into new areas by incorporated its wing mirrors and other aerodynamic deflectors onto the structure.

The SF71H is the first car to feature either such device on its Halo. It has been pictured with them ahead of the Spanish Grand Prix weekend.

The Halo is a mandatory structure which is fitted to the cars for safety purposes. Teams are allowed to incorporate aerodynamic devices onto it but until now none have gone further than adding a simple fairing to the top.

The striking detail has been added at part of the car where Ferrari has already innovated this year with its novel vented wing mirrors. it shows the team is aggressively pursuing every opportunity to optimise the airflow around the Halo and improve the flow in the critical area around the power unit’s air intake and ahead of the rear wing.

Most teams are expected to bring aerodynamic updates to this weekend’s race as it is the first round which takes place in Europe within easy distance of the teams’ factories. However Haas team principal Guenther Steiner said his team will not have many upgrades this weekend as it is building up its stock of parts ahead of the Monaco Grand Prix. 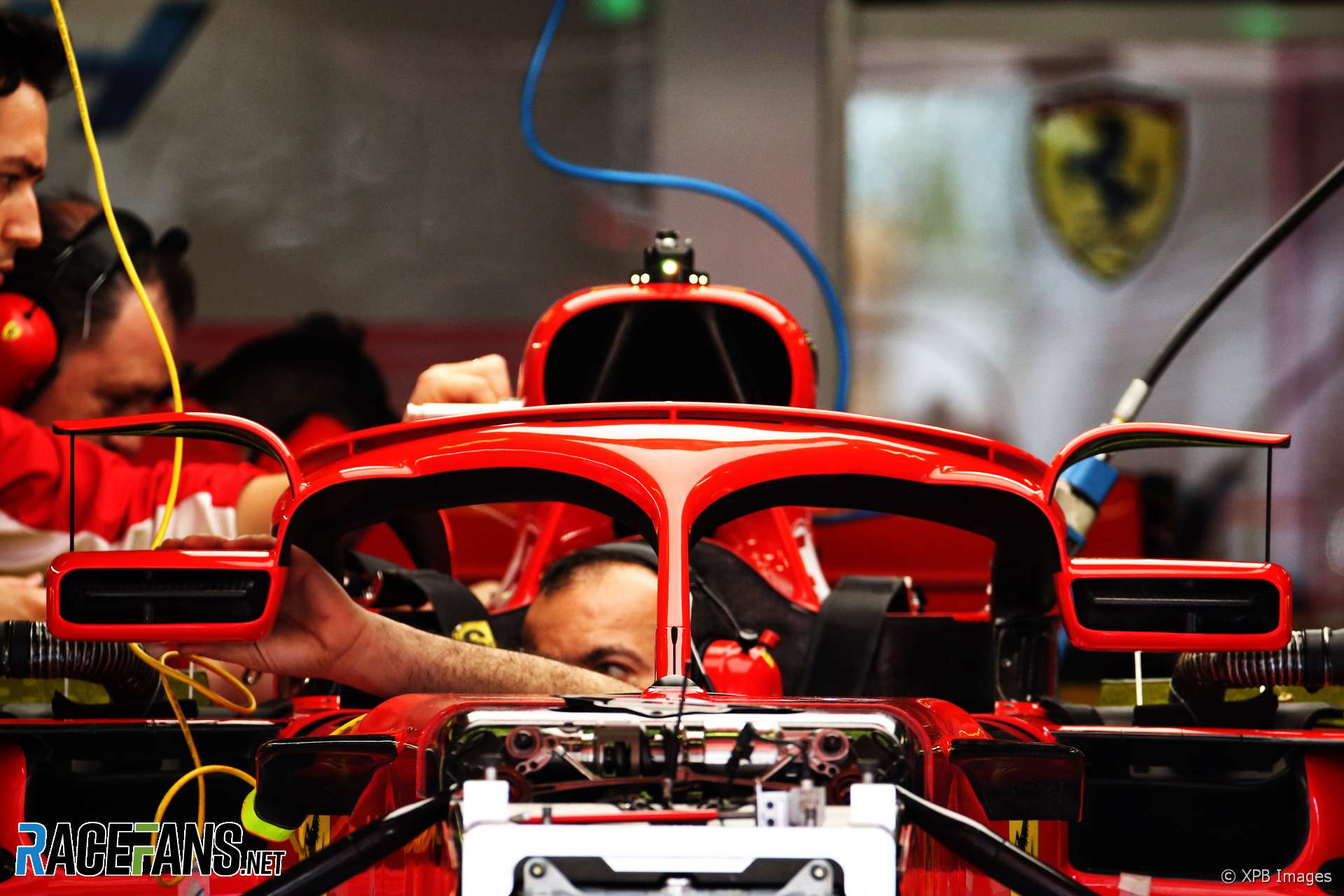